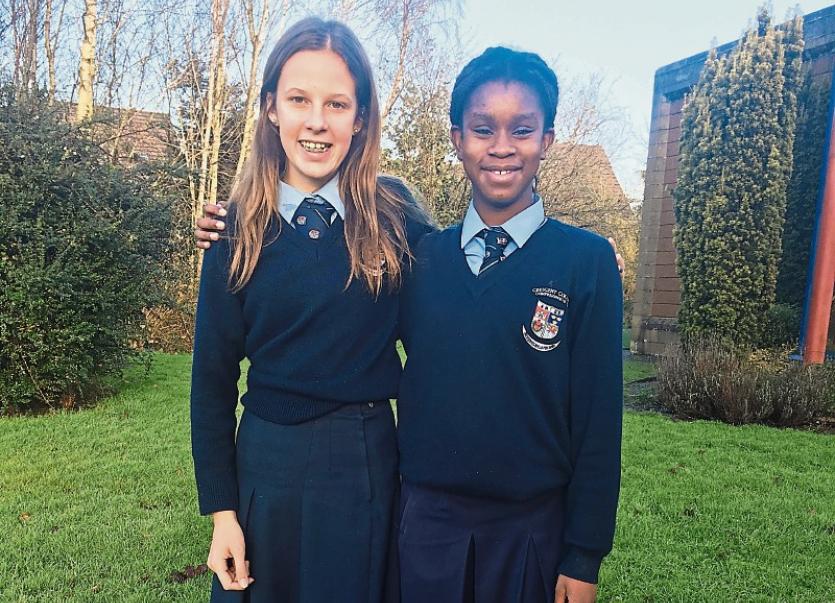 Aoibhe O'Halloran and Taibou Gavi, second-year Crescent Comprehensive SJ students, were inspired by the overall interest in the environment among young people

DO BIODEGRADABLE plastics adversely affect the growth of plants?

This is the question being investigated by two second-year students from Crescent College Comprehensive SJ who are very aware of the environmental problems associated with the build-up of plastics over time.

They then investigated if the presence of these in the soil would adversely affect the germination of seeds and the growth of the seedlings.

Armed with several seed trays, rulers, plastics, compost and radish seeds, they monitored the growth rates of the young seedlings in compost containing fragments of the different plastics.

They were then in a position to make comparisons. They also examined if it made any difference if the plastic was partially degraded before the seeds were planted in the medium.

They found that two of the plastics (cornflour and tapioca) had little effect on the growth of the seeds when compared to the controls in compost without plastics.

There was a slower rate of growth in the compost containing fragments of the rice flour plastic.

The students are now busy finalising their booklet and their presentation poster.

Their project is entered in the Junior section of the Biological and Ecological Sciences, along with another Limerick student from Castletroy College who has another bioplastics project.

A Plastic for Our Planet – Toward a Sustainable Biodegradable is the title of second-year student Orna Collins’ project, which involves the use of food waste such as potato peels in the creation of biodegradable plastic-like materials.

The project also won the Broadcom MASTERS award at SciFest this year.