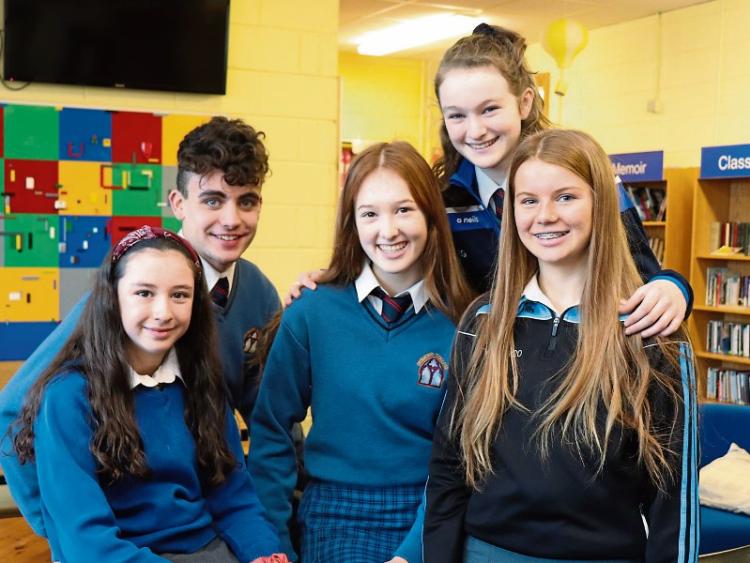 LISTEN up, John Kiely. The application of a principle known in science as the Bernouilli Principle can improve the range of a hurling shot by some 14 metres.

And it all comes down to how the hurley is held, explain the two first-year students from Desmond College, Newcastle West who have done the maths and tested the theory: Faye Murphy and Emma Greaney.

The standard range of a shot with the bas of the hurley facing forward is 67.5m,  they have discovered. But if the hurley is held, bas down, slicing through the air for most of the trajectory until it reaches the sliotar, the range of the shot increases to 81.6m.

And the girls got  Limerick under-14 players as well as hurling great Nicki Quaid to test out and prove their theory, which relies on the difference between hot and cooler air and is the same theory behind how airplanes can fly.

They have called their entry From Whoo Haa to Hurling and it is certainly one to watch.

Watching is a key element in another entry from Desmond College from Aoife Lee and Emma Brennan. The two friends are no strangers to the Young Scientist exhbition having taken part as first years with a project looking at the right age for children to go to primary school.

This time out, their focus is on developing a device linking exercise and game-time. “It is about getting young people active but also giving parents control as well,” explains Aoife. The device tracks the amount of exercise a child or young person gets in a given time and the parent can then reward with computer time, or can restrict or deny computer time.

The device can be worn on the wrist or on a jersey and, the girls stress, will be far cheaper than current “step” or “exercise” counters.

It also has the merit of putting power back into the hands of parents when it comes to computer time.

The girls’ idea was prompted by their own love of sport and activity but was backed up by their research which, worryingly, showed that young people from 12 years upwards were spending up to five hours a day on social apps and games and as much as 10 hours at weekends.

“It was quite shocking to see ten hours,” Emma acknowledges. Their hope is that their device will help tackle the interconnected issues of obesity,  lack of exercise and increased screen time among young people.

A third project, from Oisin O’Sullivan has also been accepted for the Senior Technology section in this  year’s exhibition. It is a design for an enhanced digital stethoscope which allows for remote auscultation. Oisin won first  place in Intermediate Category and the Special Award for Sensors in Technology at the Big Bang - Sentinus - Science Fair at the University of Ulster.