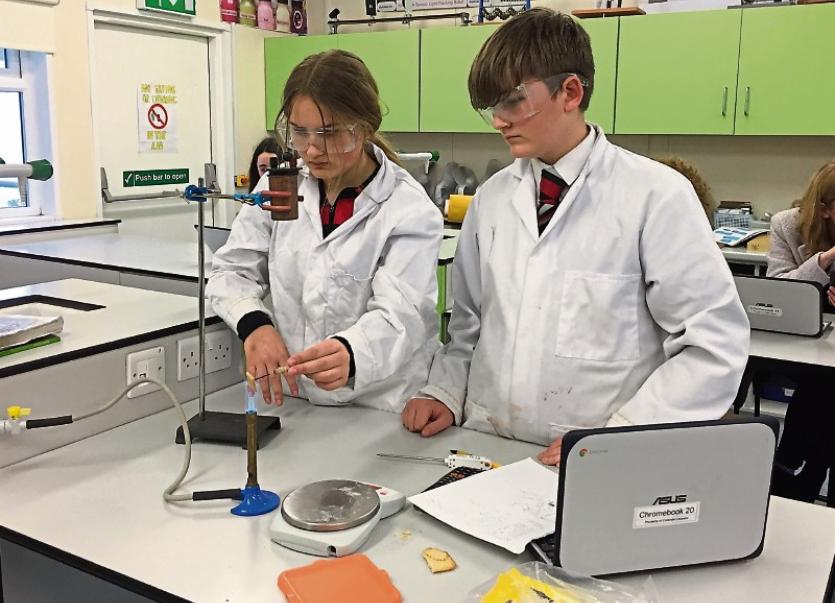 POISONOUS mushrooms and edible cutlery form the basis of the two projects from Colaiste Chiarain in Croom to feature in this year’s BT Young Scientist and Technology Exhibition.

Diana Nedelcu, 15, from Dooradoyle and Anika Sheehan, 15, from Croom, have been working since September on their project, The App for Identifying Poisonous Mushrooms.

“We found out that there are around 35 poisonous mushrooms in Ireland. The website we used to build the app wasn’t too difficult to use but it was hard to find tutorials to help us to use it,” Diana explained.

“We have the app mostly coded. We are just working on some of the final details for it. It wasn’t as difficult as we expected but we had to learn a lot of new things before we could develop the whole software together.” 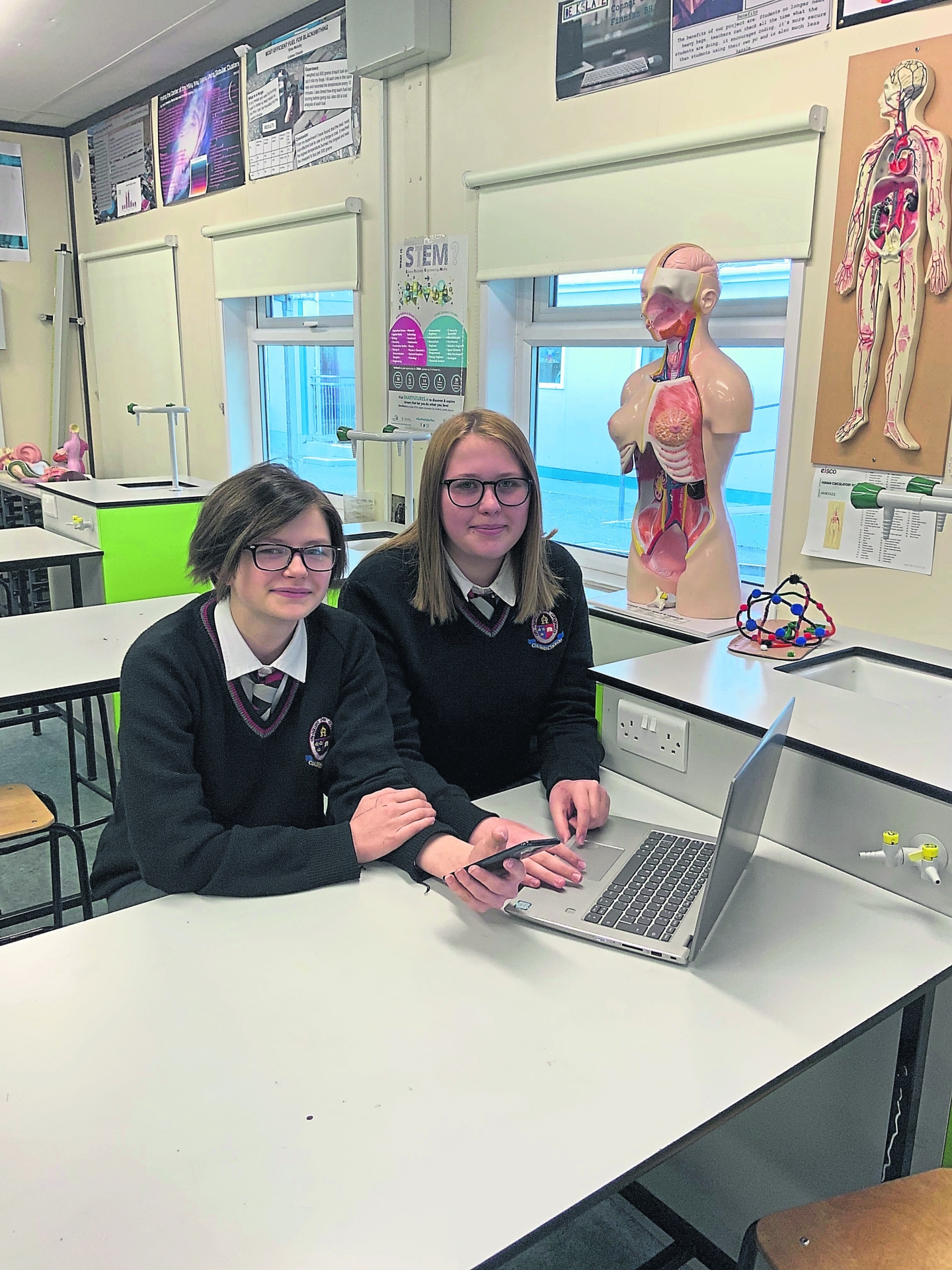 Above: Diana Nedelcu, 15, from Dooradoyle and Anika Sheehan, 15, from Croom

Anika was particularly happy to learn how to code.

“It was myself and Diana working on the project,” she said. “ I didn’t know how to code before, so that was great to learn.”

Diana and Anika are just two of four bright sparks from Colaiste Chiarain who will travel to the RDS in Dublin for the annual showcase.

Alex Healy, 14, from Castletroy will also make the journey with his sister Mollie, 15. Alex and Mollie worked on a project named  Comestibles.

“It’s a project based on bowls and spoons that you can eat in order to substitute plastics. They are made from flour, water, salt and oil,” Alex explained.

“We were thinking about doing something to replace plastic and we just thought of that.

“You can eat them after you’ve eaten your meal - if you’re still hungry. Our teacher has been helping us do some tests and experiments. We made a prototype to shape the things so that we could cook them afterwards.”

Teacher Edel Farrell has been going to the exhibition with students for a number of years  and described it as “a great occasion”.

As well as the student projects on display at the exhibition centre, there are a further four exhibition halls filled with science and technology based exhibits and entertainment, making it a thrilling event for those who entered and for general visitors too. The exhibition runs from January 8 to January 11. There are over 200 prizes to be won, including the prestigious BT Young Scientist(s) of the Year Award and the chance to represent Ireland at the European Union Contest for Young Scientists.