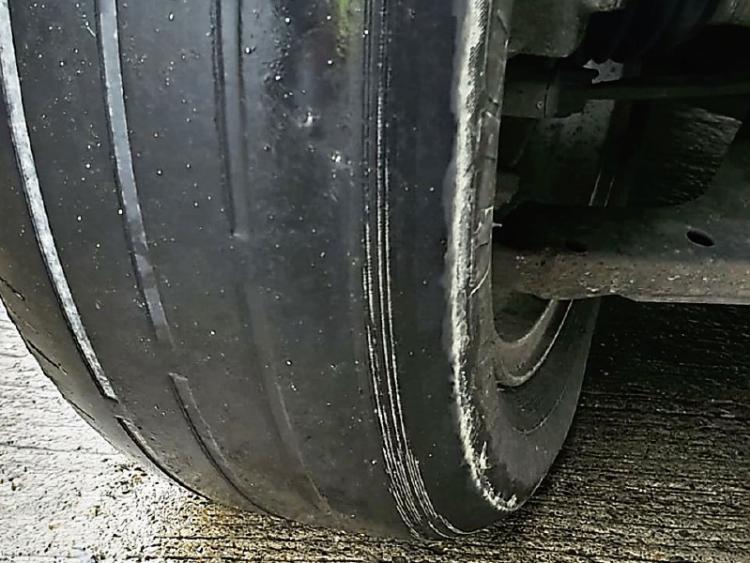 Gardai say the tyres on the Mini were in poor condition | PICTURE: Facebook

THE driver of a car which had not been taxed for six months is facing prosecution for drug driving and having bald tyres, gardai have revealed.

The red Mini was stopped in Newcastle West on New Year’s Eve after gardai were alerted to the tax which had expired 184 days earlier.

Having stopped the car, members of the divisional Roads Policing Unit also observed the tyres in a poor condition – particularly given the wet weather conditions.

According to gardai, after the driver tested positive for cannabis, he was arrested and taken to a garda station where a blood sample was taken for analysis.

The car was seized and it is expected the driver will face prosecution before the courts later in the year.

“Please please, do not drive while under the influence of drugs or alcohol,” said a garda spokesperson.