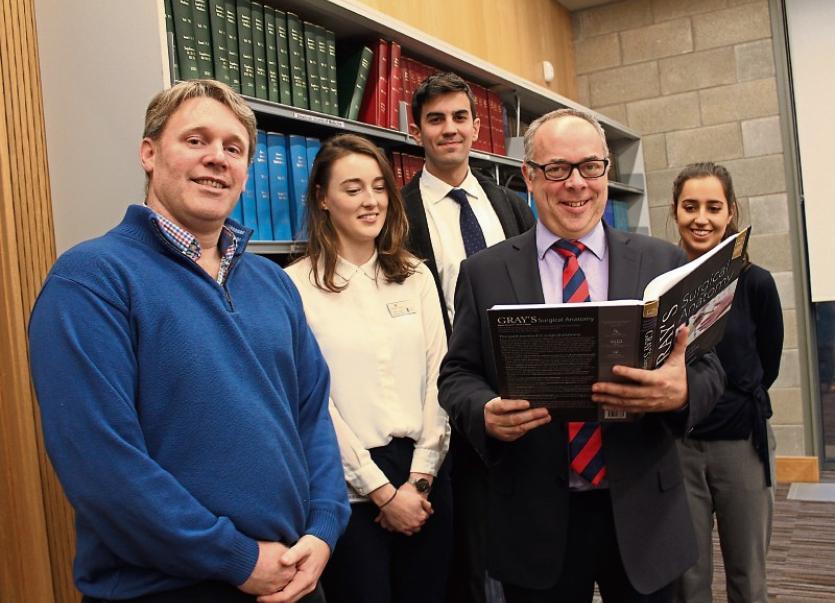 A UNIVERSITY Hospital Limerick surgeon and medical illustrator are among the contributors to the first edition of Gray’s Surgical Anatomy.

Prof John Calvin Coffey, Foundation Chair of Surgery, Graduate Entry Medical School, University of Limerick and Consultant Colorectal Surgeon, UL Hospitals Group, made global headlines in 2017 when they led a team of researchers in reclassifying part of the human digestive system known as the mesentery as a new organ.

Their work has led to updates in some of the world’s most prestigious medical textbooks, including Gray’s Anatomy.

Gray’s Surgical Anatomy (2019) includes a chapter on the Peritoneum, Mesentery and Peritoneal Cavity.

Listed with Prof Coffey as a contributor is Dara Walsh, a medical illustrator from UL who is also based at UHL.

The impact of Prof Coffey’s research is ground-breaking. He stated: “Identifying the mesentery as an organ clarifies what we are as humans and how we are made up.  It re-orientates human biology in general, and clinical practice in particular.

“Dara Walsh’s illustrations have made a once complex field easy to understand and study for all.”

Better understanding of the mesentery and its functions has already led to improvements in surgery with fewer complications, speedier recovery for patients and reduced costs to healthcare providers.

The work of Prof Coffey and his team has been recently recognised at UCC’s Annual Alumni Achievement Awards.

The mesentery, which connects the intestine to the abdomen, had for hundreds of years been considered a fragmented structure made up of multiple separate parts.

However, research by John Calvin Coffey, found the mesentery is one continuous structure and outlined the evidence for categorising the mesentery as an organ.