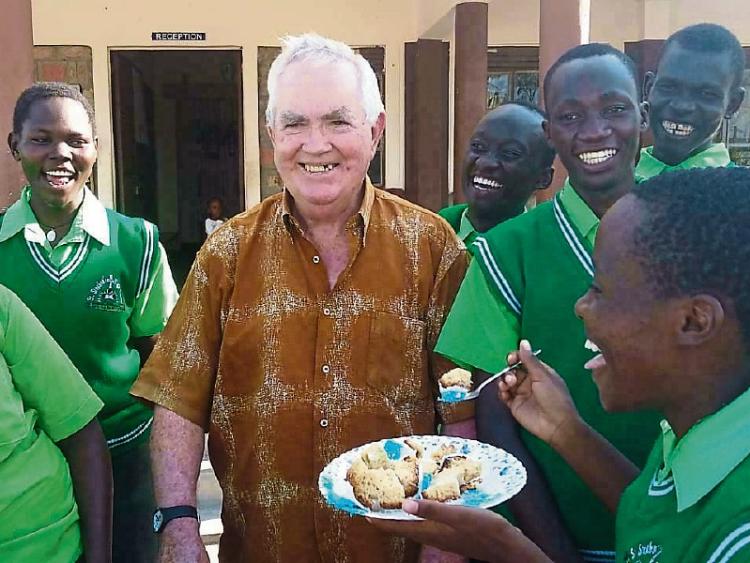 Kiltegan Father, John O’Callaghan from Effin, will this Christmas celebrate his 60th year, since he left his county Limerick home to work with the poor in Kenya.

In 1966, 16 Kiltegan Fathers were ordained and four of those were assigned to work in Kenya. John was one of the four. He has spent the past 53 years working in the arid region of Turkana in the North West of the country.

The early years in Turkana were difficult. John recalls that when he and his colleagues arrived, there was a famine. “Every morning we would find a number of very hungry families sitting outside the house waiting to enter the famine relief camp, exhausted from walking for miles.”

Things in Turkana, although still difficult, have improved. Access to education means that people can find employment as nurses, teachers, tradesmen, civil servants, business people etc. The region now has 200 primary schools, 40 secondary schools and a university. The work of the Kiltegan fathers has changed to be more pastoral and the work of NGO volunteers is done by locals.

John now lives in Kitale (an agricultural town of over 100,000 people almost 400 kilometres North West of Nairobi and 300 kilometres South West of Lodwar). He moved there in October of this year for health reasons – the heat of Turkana finally proved too much for the Limerick man. He shares a house with three other Kiltegan Fathers and although he is technically “retired”, he continues to work for the parish and intends to stay there for as long as he is “useful”.

You will not see Christmas lights or decorations on the streets of Kitale but Christmas is a big event there - the church is the focal point of all festivities.

This year, John O'Callaghan will celebrate Christmas with his fellow parishioners at the local church and at the house of Bishop Maurice Crowley.