County Limerick home is officially the Most Christmassy in Ireland 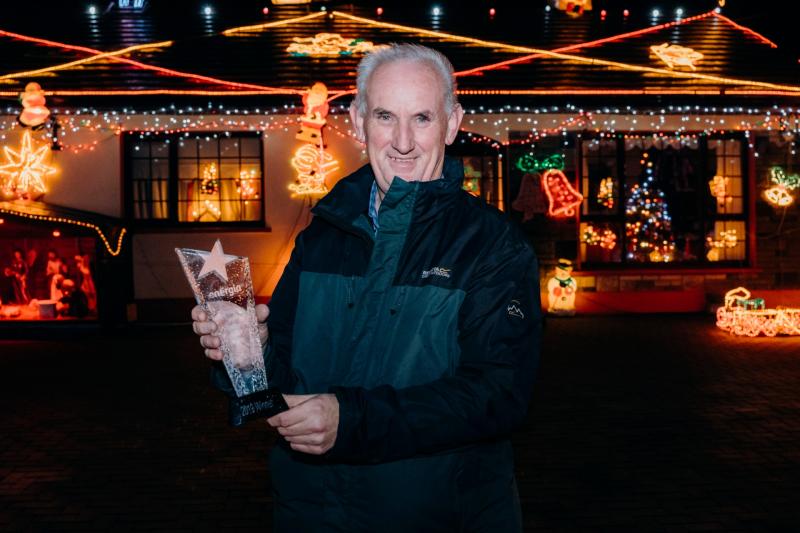 THE COUNTRY'S most festive home can officially be found right here in county Limerick.

Tony Noonan from Templeglantine has won Energia Ireland’s Most Christmassy Home 2019 following a public vote, and will share his prize money between six worthy charities.

The €3,000 prize will be divided between The Brothers of Charity Services in Foynes and Newcastle West, Milford Care Centre, Adare Alzheimer’s Branch, Cry Monagea and Recovery Haven Tralee.

Tony also received an Energia goody bag filled with some products from the Energia Smart Home Store, helping to make his home smarter and more energy-efficient.

The competition, which is run by Energia, is now in its fourth year and received entries from across the county, with Seamus Staunton from Roscommon and Tony Fitzpatrick from Wexford finishing 2nd and 3rd respectively.

The nationwide competition searches for the best-decorated home in Ireland during the festive season and has raised over €18,000 for charities throughout Ireland in the last three years.

Geoff Codd Head of Marketing and Retail Development, Energia commented: “The whole team here at Energia would like to congratulate Tony Noonan for being crowned the winner of Energia Ireland’s Most Christmassy Home. We would also like to commend both Seamus Staunton and Tony Fitzpatrick for their entries, and indeed all the competitors who took part. We are delighted to have the opportunity to make donations on behalf of the participants to extremely worthy charities who each play vital roles in our communities. We would like to wish everyone throughout Ireland a happy Christmas from the Energia team and look forward to the competition in 2020."