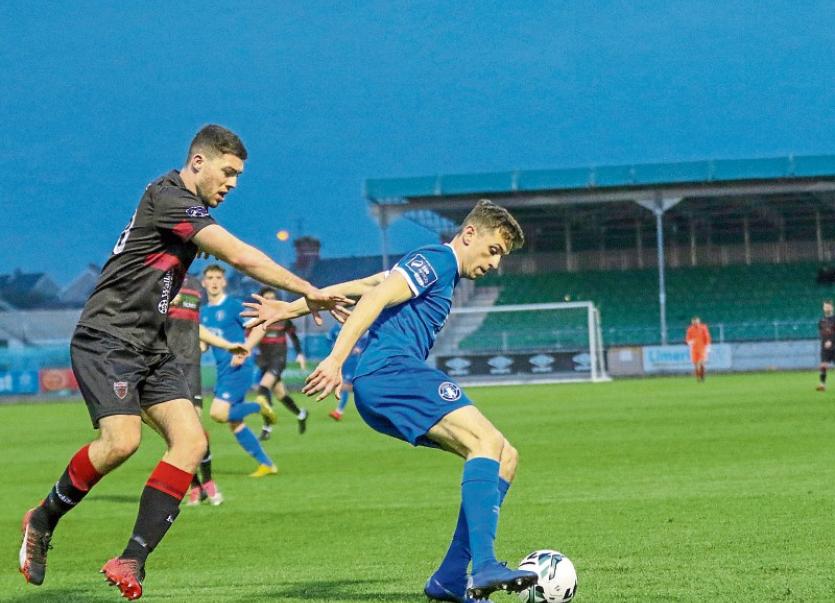 Former Limerick striker Connor Ellis in action for the club last season - there will be no senior soccer in Limerick next year | PICTURE: KIERAN RYAN-BENSON

SPORTS Minister Shane Ross has been asked to intervene urgently to save senior soccer in Limerick.

It follows the news last week that Limerick FC is to be wound up and will not compete in division one in the upcoming season.

It comes after the club’s holding company failed to come out of an examinership process and ran out of time to source new investors.

At the metropolitan district meeting, members requested the council’s chief executive Dr Pat Daly to contact Mr Ross asking him to “explore ways to ensure the continuance of senior football in Limerick”.

The motion also instructed the chief executive to reach out to local businesses, the Market’s Field stadium and the wider footballing family to convene a task force.​

Cllr O’Dea said: “Since its inception in 1937, Limerick has always fielded a team in the League of Ireland. For the third city of Ireland and a city just this week again labelled Ireland’s Sporting Capital by Roisin Upton, it’s unthinkable that we as a council would stand by without taking immediate action.”​

Metropolitan leader, Cllr James Collins added: “It's unthinkable that Limerick does not have a senior football team. If this was a Dublin club, the Minister would have intervened straight away. There is great support for a team in Limerick.”

Cllr Daniel Butler, Fine Gael added: “Limerick is a proud soccer city. It's the volunteers I feel most aggrieved for as well as the supporters who gave the team great support through lean times like this. Football is the lifeblood of the city. The removal of senior football tears the heart out of the city.”

“​The standard of footballer here in the city is incredible. To see footballers playing professionally outside Limerick is incredible. But we are now in a situation where we are looking at years of recovery,” he added.

However, Mayor Michael Sheahan, while welcoming the sentiment of the motion, insisted: “It's not the ministers job to protect every club in difficulty, every club that goes into liquidation.”

But Cllr O’Dea retorted: “It's unthinkable this situation has come about. We owe it to the city and the youth of the city to make this happen.”