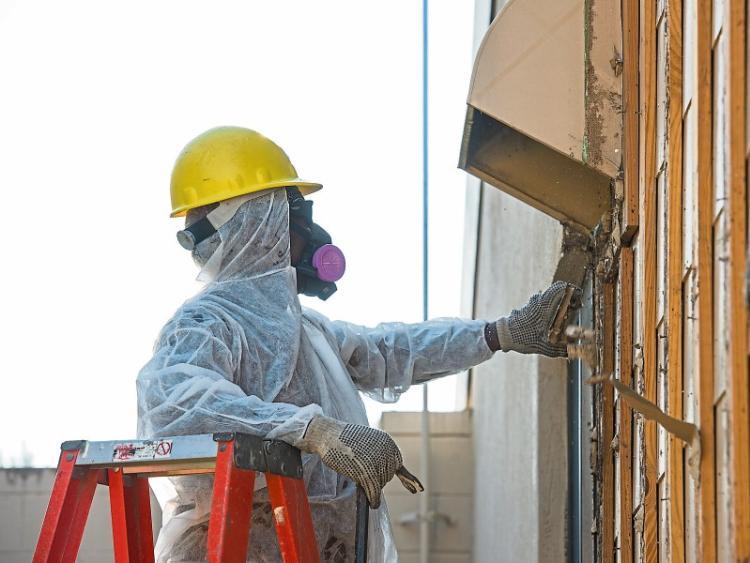 A CAREW park man claims the council do not care about residents of Southill following his discussions with the authority over the presence of asbestos in his home.

John Collins, who lives in Swallow Drive, entered into a contract with Limerick City and County Council to have a thermal upgrade works done on his home, which he owns himself.

“I asked were they going to remove it, they said no. I asked them why was it in the contract then and they couldn't answer.”

John then sent the council a Freedom Of Information Act Request where he got a survey on the issue.

“The survey said that if there is a possibility that the asbestos will be disturbed, that it must be removed. Since then I haven’t spoken to the council, but I will not be letting them do the work if it is going to disturb the asbestos.”

John says that council have carried out work on a number of properties in the area, and have put up stickers warning of asbestos.

“I can’t understand why it is ok for them to go at it. It doesn’t make sense to me. I think they look at places like Southill, Weston, and Moyross, and they don’t really care about the residents of these areas.

“If it was their own homes, they wouldn’t allow them to work to be carried out if it put themselves at risk. I wouldn’t be saying this if their own survey didn’t say it was a danger. Do it right, or don’t do it at all.

John says that he will not let the council carry out the work, as long as it poses a risk to people's safety.

“Staff at Limerick City and County Council deal professionally and honestly with its customers at all times and expects the same in return.”