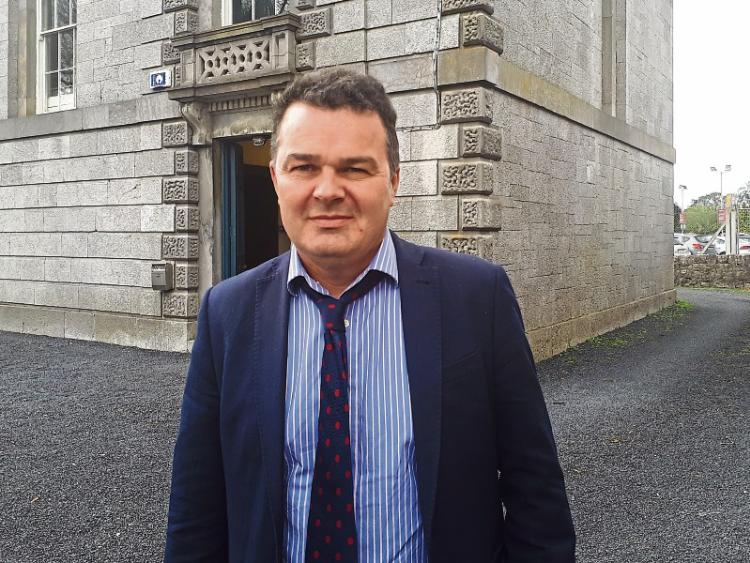 A DISQUALIFIED motorist who gardai said was caught driving on CCTV had his case dismissed at Kilmallock Court.

Gerard Twomey, aged 39, of Cappanihane, Ballyagran pleaded not guilty to no insurance and no driving licence. He said he was taking pictures of his car to sell it.

Garda Thomas Moroney said he was on mobile patrol with another garda at Clontemple, Ballingarry on February 8, 2018.

“We drove into the petrol station. I noticed a car that was in and out of a parking spot. The accused exited from the driver’s side. He got quite aggressive. He said he wasn’t driving. He was roaring and shouting. He said he was taking pictures of the car. He was wearing an Ireland rugby top and navy pants. The car had standard right hand drive. His partner drove the car away,” said Garda Moroney.

The garda said Mr Twomey was known to him as a “disqualified driver”.

“I downloaded CCTV footage from the petrol station. It is clear to me he was driving it. The car was washed then the accused drove it down to the bottom of the car-park. I am left with no doubt he was driving,” said Garda Moroney.

The CCTV footage was played for Judge Patricia Harney.

Michael O’Donnell, solicitor for Mr Twomey, put it to to the garda that he did not see his client driving.

“No. He was sitting in the driver’s seat,” said Garda Moroney.

Read also: Defendant in Limerick waste case has a number of vehicles "being closely watched"

Mr O’Donnell made an application for the case to be dismissed because no demand for the production of his client’s licence or insurance or certificate of exemption was made.

Insp Liam Wallace said there wasn’t a demand for production made at the time. “He is not being prosecuted for failing to produce insurance or driving licence,” said Insp Wallace. Judge Harney said: “There was no demand made. I’m going to dismiss all matters.”