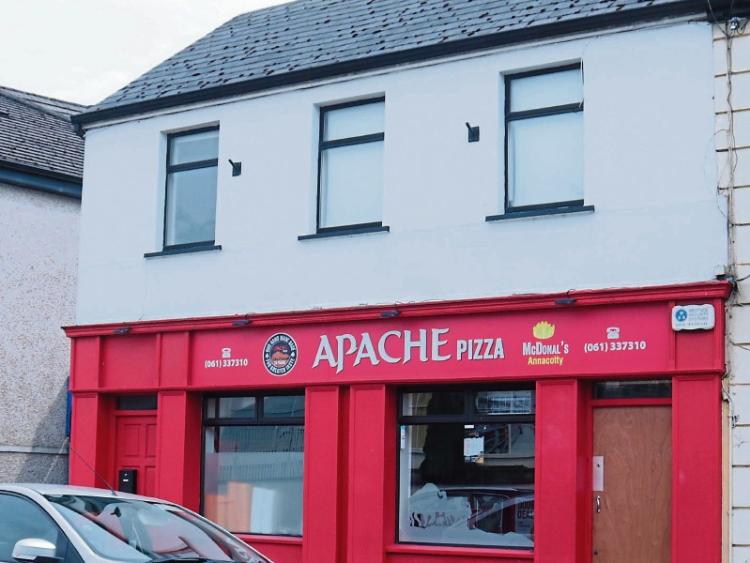 COURT proceedings have been initiated against the operator of a takeaway premises which is allegedly operating outside of its permitted hours.

Limerick City and County Council is prosecuting Donal O’Brien of Lisballyhea, Charleville, County Cork over his failure to comply with an enforcement notice issued under Section 154 of the Planning and Development Act.

The notice, relating to the Apache Pizza premises in Annaccotty village, was served on the defendant on February 14, last. He is accused of failing to comply with the notice on March 29, 2019 when a follow-up inspection was carried out.

The notice requires Mr O’Brien to comply with certain obligations relating to the premises including that it stops operating outside of its permitted hours of 4pm to 11pm.

During a brief hearing, solicitor Will Leahy, representing the local authority, told Limerick District Court it will be alleged the premises is operating “outside of its permitted hours” and in particular after 11pm.

Mr O’Brien was not present in court or legally represented when the case was called and Judge Marian O’Leary agreed to adjourn the matter to February following an undertaking by Mr Leahy to write to him advising him of the adjourned date.

A separate prosecution relating to the same premises was also adjourned to  February.

That case is being brought by the Minister for Business, Enterprise and Innovation against a company –  O’Brien’s Chips (Annacotty) Ltd.

No evidence has been heard in relation to either case.

Judge O’Leary has indicated she will consider issuing a bench warrant if there is no appearance on the next date.