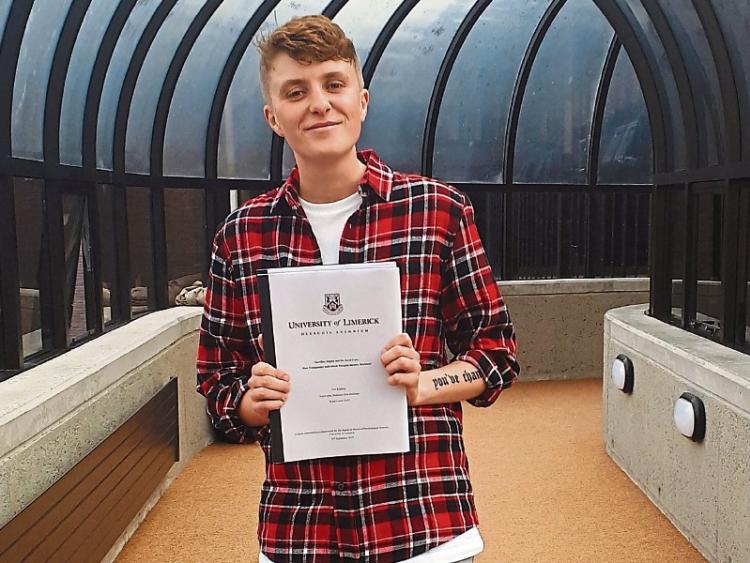 A YOUNG Limerick man has proved the power of the internet by launching a special fundraiser - the response of which he said has been “emotionally overwhelming”.

Will Keohane from Castletroy decided to come out as transgender last month to the wider public in a bid to raise funds for gender affirmation surgery, something which is not currently available in Ireland.

So far, the 23-year-old has raised almost €8,000 of his €10,000 target for top surgery in Canada, a reconstructive surgery performed on the chest for those who wish to alter their overall appearance.

“Nobody really wants to talk publicly about their healthcare, their experiences in hospitals or with doctors - especially when it’s something so personal and took me a long time to come out about.

“That being said, the response has been truly incredible - I get messages on a daily basis from people I’ve never met,” he explained.

“I got one recently from a woman who said her father was born in Limerick in 1950, and he emigrated to the US and struggled with his identity for many years. She told me ‘I’m donating to your fundraiser so another son of Limerick can have the life he deserves’. It was such a beautiful response.

“It’s been a moving experience and the outpouring of support has been fantastic. It’s very emotionally overwhelming, I’m trying to thank everyone because times are tough, money’s tight at this time of the year and people are still willing to help me out. I want everyone to know just how thankful I am for their support.”

Will plans to travel to Toronto for the surgery early next year, a location he chose after months of research, and will stay with his aunt.

“I looked into options in this country and spoke to other trans people because in order to gather information on the topic you really do need to network,” Will said, “the surgery is expensive and no surgeon in Ireland will do the procedure, even though it is essentially a double mastectomy, which no surgeons have an issue with performing.

“Really the only option is to go abroad, but it's important to note that when you go abroad for major operation where your body is healing and you need time to recover is that you need social support and people around you to help you and take care of you.

“When Irish people are being forced to go abroad, their healing is impacted and their bodies are going to respond to the lack of social support. It's putting the lives of Irish trans people at risk when we send them abroad and that's super serious.”

Though Will says he knew he was “always going to come out at some point”, he explains that the process of coming to terms with his identity wasn’t always so straightforward.

“I had a member of the media ask me recently, blatantly: ‘when did you know you were a man?’ and that’s a difficult question, and I think one that a lot of people ask,” he said.

“It’s hard to answer that, and I’m trying to still think about the right way to answer that for the wider public to understand. It’s like asking any person when they knew their gender.

“I can only speak for my own experience, I waited until this summer to come out to those I knew, and I would not have chosen to come out so publicly recently if I didn't have to fundraise for my own surgery.

“I would have just told the most important people in my life, of course. But there are people I haven't thought about in several years who maybe don't need to know.”

“When I knew I was ready and wanted people to use the right pronouns and to call me Will, I felt so very accepted when the people around me in my life took that on board and went 'absolutely, yeah of course '. It really helped me to feel like a man, and myself.

“A lot of people struggle with that, but one of the best things you can do as an ally is to respect that and I understand that it will take some time for people and they will slip up and get my name wrong but as long as they're trying - it's a learning process for everyone.”

Will hopes to undergo the procedure early next year, and says the New Year is a fitting time to have the procedure.

“The New Year would be ideal, and I don't want to put things on hold anymore. The fact I waited, and have this support now after coming out is so positive and I want to continue that positivity.

“I'm really feeling the love and it does give me a lot of hope. It's just so gorgeous isn't it? We have a community of allies and you can read their names and that's so beautiful. If you can't financially support me, I still appreciate a kind message of support.”

To donate, please go to his Go Fund Me page.