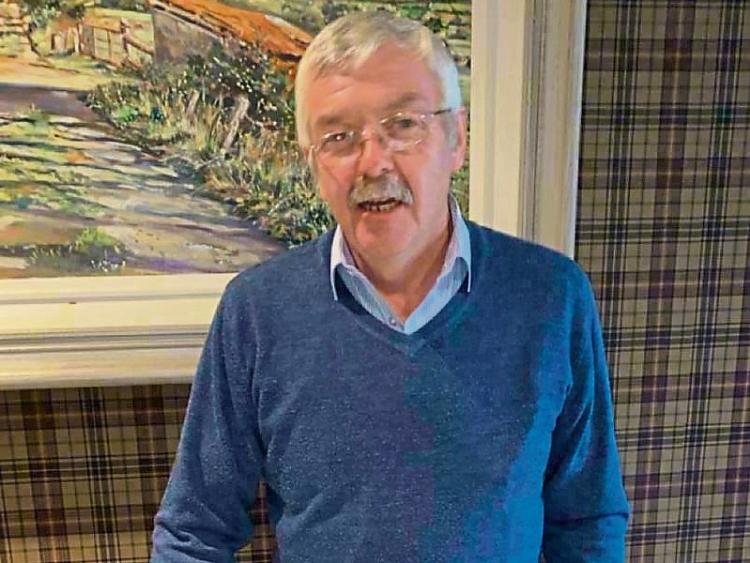 THE late Tony McMahon, aged 59, had so much pride in Pallasgreen GAA club that he turned out at corner forward earlier this year in a Junior B football game rather than see the opposition receive a walkover. That was Tony to a tee.

When the news spread of the illness to Tony McMahon in late September, it came as a great shock to us all.

The husband, father and chairman of Pallasgreen GAA Club suffered a short illness and passed away on Thursday, November 21. Well known as chairman of the local GAA club for the past four years, his untimely death has numbed the community and surrounding areas.

Tony had two families, firstly and more importantly with his wife Mary with whom he raised four boys and two girls and, secondly, the GAA family, which he gave enormous time to.

He played from an early age right through to adulthood. Once his playing career concluded he became involved in teams from the juvenile club and the senior club, and then onto the club committees. From there he led the club becoming its chairman four years ago.

His funeral was very extensive and the guard of honour on both days was one of the largest in living memory. The McMahon name is synonymous with Pallasgreen GAA club and Tony is no exception.  He was an outstanding club man who gave us so much, at the time of his passing but he was much more than just that, he filled many different positions for club down through the years. He was a talented hurler and footballer and most of all a warrior. He gave blood, sweat and tears for the jersey. He gave it all when wearing the blue and gold jersey.

The first of his two greatest and proudest moments was in 1988 when Pallas won the County Junior Hurling title after a lapse of 20 years. Playing against Dromcollogher-Broadford in Kilmallock, Tony lined out at corner forward. He always had this knack of being in the right place at the right time, he could read the game perfectly. 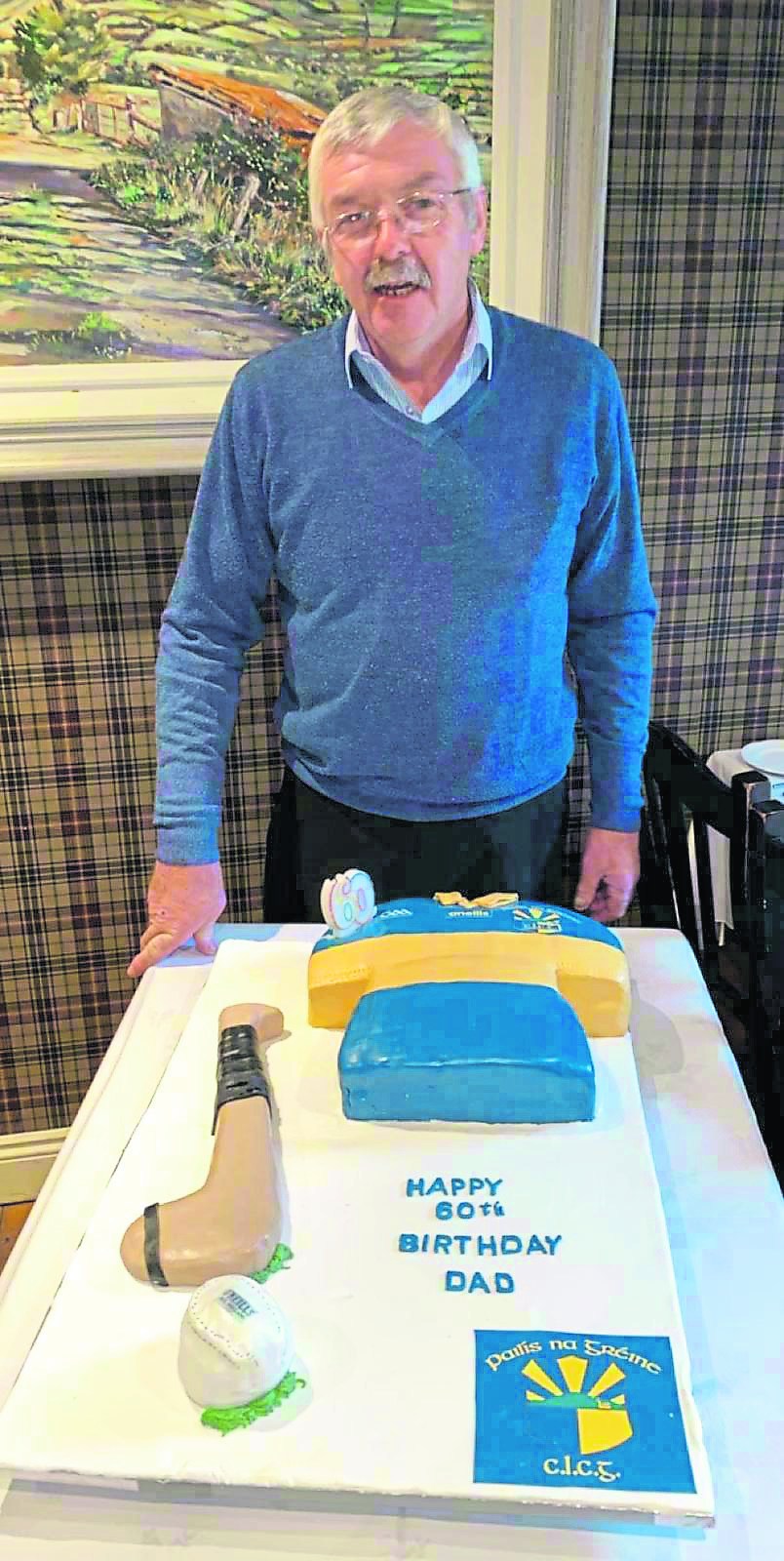 But it was in the second half that the game was won with a piece of brilliance. Just after half time a high ball was sent in and the flight of it evaded the full back line, Tony read it and raced on to it to send it crashing to the net. I can still picture him in the same stride racing across the Dromcollogher-Broadford goal celebrating with his hand raised. That was the turning point of the match and signaled the end of Dromcollogher-Broadford’s involvement.

The other moment was in 1994, when Pallas barely had a team with only three subs and one was Tony who was also the manager. Pallas went on to win the County Junior Football Final, beating Ballylanders in a cold wet day in Bruff.

This was an extraordinary win considering that Ballylanders were red hot favourites, but Tony instilled the belief in the team and the win was met with great excitement. The team photo is an iconic one with Tony in his tracksuit, blue and gold leggings and, believe it or not, a Liverpool soccer top - a  great combination. He had a great passion for Liverpool.

Such was his pride for Pallasgreen GAA he turned out at corner forward early this year in a junior B football game rather than see the team give a walkover.

His tenure as chairman saw many developments in the club including the astro turf pitch which provided a great safety net for training all year round. This has proved a massive asset to the club. The lotto every Monday night was another great club night. Tony would be there with club secretary and good friend Mick Lawton. But the thing about these nights is that there was no going home as the conversation about matches at the weekend would go on and on. The thing about Tony is that he was not one for the limelight, he did things quietly, he is like a ghost worker in the field, things got done and you’d never see him.

His removal was from Ryan’s funeral home where over one hundred people from Pallasgreen and Knockane GAA Clubs formed a guard of honour. They escorted the cortege to his home. The following day the large guard of honour accompanied the hearse to Nicker church where it was met by another guard of honour formed by the juvenile and ladies club. Requiem Mass was celebrated by Fr Pat Burns and assisting him was Canon Liam McNamara.

Symbols of his life were brought to the altar at the beginning of Mass and they included a hurley, sliothar and football, work tools, a road map, a mobile phone and a Liverpool scarf. His daughter Margaret gave an emotional and beautiful tribute, recounting family life with their father.

Fr Burns, during his homily, paid a glowing tribute to Tony and recalled his role as a father and family man plus his input in the GAA and the influence he had in so many young and adult lives. He referred to his other passion Liverpool and quoted a few lines from their anthem You’ll Never Walk Alone to which he said that Tony would never walk alone.

The beautiful singing by Micheal O’Riain and music by Anna Jane Ryan enriched the ceremony. At the end of Mass, club secretary and his good friend Mick Lawn spoke of the great days of Tony as a player, trainer, mentor and leading the club as chairman for the past four years.

His final journey saw the cortege join with the large guard of honour and pause outside his home before making one last trip to his beloved GAA pitch. The hearse drove into the entrance and was met by piper Michael Egan who played poignantly to signal Tony’s final presence at Pallasgreen GAA grounds.

After leaving the grounds the coffin was shouldered to the cemetery behind the piper to his final resting place. Members of the juvenile and ladies football club lined the pathway to his grave. After the blessing the coffin was lowered by his four sons and piper Michael Egan played a Piper’s Lament. The graveside oration was delivered by club president Pat Cronin and Micheal O’Riain recited The Hurlers Prayer.  Tony, may the great referee, when he calls your name, say “You played like a man, you played the game”

Tony was a very kind and dignified man whose loss will be deeply felt by all who knew him and his passing leaves a massive void in the community and club, a void that can never be filled. He is quite simply irreplaceable.