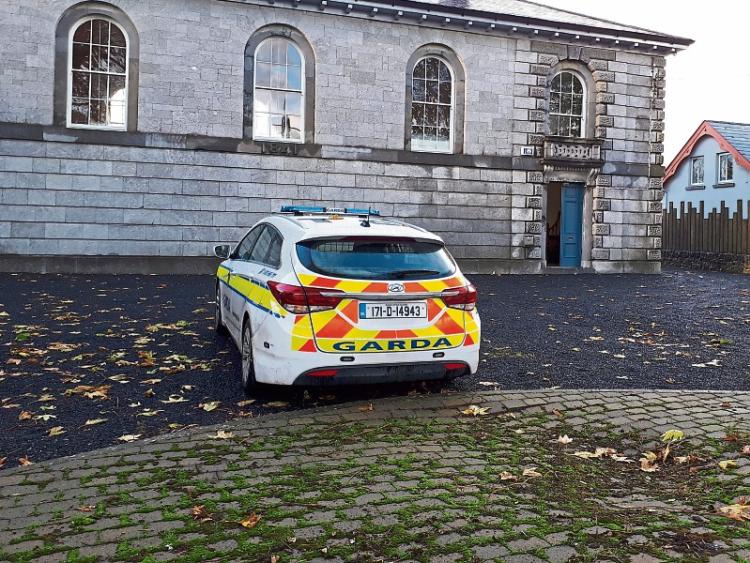 A YOUNG man who drove at high speed through the centre of Askeaton late at night has been disqualified from driving for two years.

Tadgh O’Connor, 20, of Cragmore, Askeaton pleaded guilty to a number of charges including careless driving and drink-driving.

Inspector Niall Flood told Newcastle West Court gardai were on patrol in the village at around midnight on March 15, last when they observed a car being driven in a dangerous manner.

He said the car failed to halt at a stop sign at Main Street and that it continued at speed on the wrong side of the road in the direction of Church Street.

He said there were a number of people on the street outside a local pub as Mr O’Connor passed at speed.

Following his arrest a short time later, Mr O’Connor provided a breath sample which showed a concentration of alcohol which was more than three times the legal limit.

Solicitor Brendan Ahern said his client, who has no previous convictions, was going through a “particularly bad period” in his life and was abusing both alcohol and drugs.

He said he has “taken himself away” from intoxicants and that he is receiving support from his family.

“He is back with his family he has stopped taking alcohol and drugs,” he said.

“He seems to have turned things around, he was in a bad place in his life at the time. He realises the serious of the situation,” added Mr Ahern.

Imposing sentence, Judge Mary Larkin said what happened was typical of the behaviour of young male drivers and she commented he was lucky not to be facing more serious charges.

She noted the defendant, who hopes to join the Navy in future, had been charged with dangerous driving but she said she was reluctantly willing to accept his guilty plea to the lesser charge of careless driving.

She fined Mr O’Connor €300 and imposed separate disqualifications which are to be served concurrently.

He will also receive penalty points.