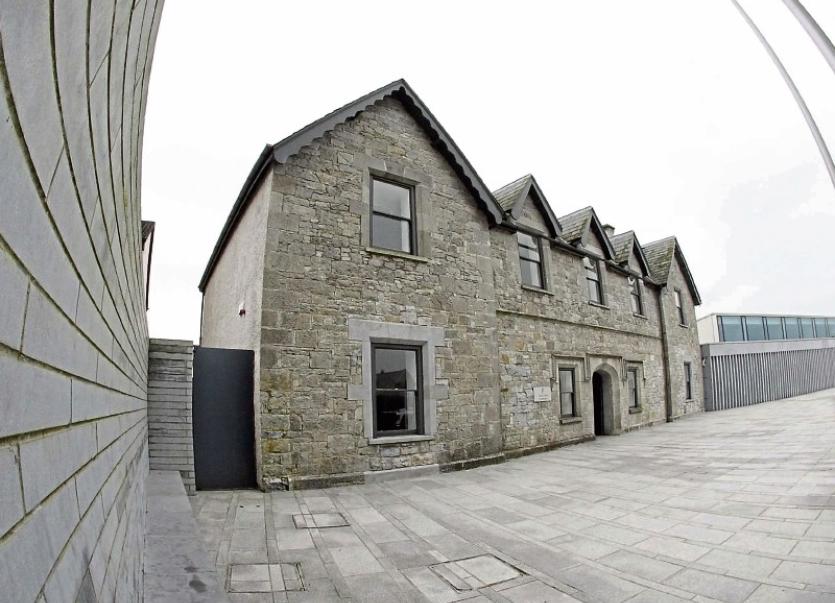 "I was not thinking straight. It was the heat of the moment. I just reacted", the defendant told Kilmallock Court

A GAA steward punched a hurler in the face after a row about parking at a hurling match in Kilmallock, the local court heard.

Mr Heffernan said on the date he was representing Blackrock in the opening round of the Limerick premier intermediate hurling championship against Feohanagh.

“As I approached the main gate of Kilmallock GAA grounds I stopped the car. It is customary to stop. The gentleman on the gate [Pat Doyle] said, ‘You can’t come in, your club has 10 cars in already’’.

“I asked him did he know which club I was with. He said it didn’t matter. I asked him how he was recording the number of cars. It was 3.15pm and the match was at 4pm - I didn’t think there were 10 cars gone in already,” said Mr Heffernan.

He said he drove forward “slowly”.

“He [Mr Doyle] went around the front of the car. I put the handbrake on. He called to the other man [Mr Hennessy] at the gate who came straight over, opened the door of my car and punched me straight in the face,” said Mr Heffernan.

The Blackrock GAA man said he was “shocked”.

“I froze. There was a little bit of blood, not much. I drove on. I parked my car. There were loads of spaces. I took a minute in the car. I asked their names. I told them I was going to the guards but I had to play a match first. Afterwards I made a statement to Garda Marie Armstrong,” said Mr Heffernan

Brendan Gill, solicitor for Mr Hennessy, put it to Mr Heffernan that he told Mr Doyle to “get out of the way”.

Mr Gill asked him if he was annoyed at not being allowed to park his car.

“I was a little bit annoyed,” said Mr Heffernan.

“Were you irate?” asked Mr Gill

“I was not irate. All my adult life I’ve played GAA. It is common practice to park in the ground,” said Mr Heffernan.

Mr Gill said there is ample parking in Super Valu.

Mr Hefferan said he thinks you have to be a customer to park there.

“There is some, not many,” said Mr Heffernan.

“No, I stopped the car, put it in neutral and put on the handbrake,” said Mr Heffernan.

“You continued to move forward and struck Mr Doyle on the leg at slow speed,” said Mr Gill.

“No. I didn’t strike him,” said Mr Heffernan.

Mr Gill handed in a photo to Judge Patricia Harney of a “minor abrasion” on Mr Doyle’s leg.

Mr Heffernan said he didn’t know when the photograph was taken.

“No. I had pulled the handbrake,” said Mr Heffernan.

Mr Gill concluded his cross-examination by putting it to Mr Heffernan that Mr Hennessy had “no alternative but to take action due to your aggressive manner, that you didn’t abide by the lawful request of Mr Doyle and continued to move forward”.

Garda Armstrong told the court how she investigated the case after Mr Heffernan made a formal complaint on the Sunday of the match. She said he pulled his lip down to show her a “red mark”.

Mr Hennessy took the stand and said he was assisting his uncle, Pat Doyle, who was the main steward.

He said there are only a certain amount of car-parking spaces in the ground.

“After the match officials, club officials, disabled parking, space for ambulance etc a quota is given to each club. Pat would keep a note of the cars going in. He would just ask people to park across the road,” said Mr Hennessy.

When Mr Heffernan “arrived on” he said he was standing at the side gate.

“He swung into the car-park. Pat said there were 10 cars from Blackrock gone in. Mike told Pat to ‘Get out of his way’.

“He started revving his car. He advanced forward and struck Pat on his leg. He stumbled back. His leg was pinned.

“He cried out to me. I struck him [Mr Heffernan] in the face.

“I feared for Pat’s safety. He was in danger. It was an instant decision. The car was moving forward,” said Mr Hennessy.

“Even though you say the car was moving forward he just stayed there, calm out. It is quite incredible,” said Insp Wallace.

“That’s what happened. I don’t know what else to say,” said Mr Hennessy.

Insp Wallace asked how was it possible for Mr Doyle to stumble back and have his leg pinned under the bumper.

“What you are saying is not credible. It doesn’t add up. You are making it up,” said Insp Wallace.

Insp Wallace asked him what his intention was.

“To stop the situation. It all happened so quickly,” said Mr Hennessy.

“You did the most dangerous thing possible. The car could have gone out of control and drove over your uncle,” said Insp Wallace.

“I was not thinking straight. It was the heat of the moment. I just reacted,” said Mr Hennessy.

The last witness was Mr Doyle, however, Judge Harney said she “completely disregarded” his evidence because it was “highly inconsistent”.

Mr Gill applied for the case to be dismissed because the law allows for the use of reasonable force to protect someone from injury,

“He feared for Mr Doyle’s safety and took that step. It was proportionate,” said Mr Gill.

Insp Wallace said the use of force was “totally unnecessary and unreasonable”.

Judge Harney said: “I am going to convict Mr Hennessy of assault”.

In mitigation, Mr Gill said his client was a hard-working computer analyst.

“GAA is his passion. He felt that he had to take some action,” said Mr Gill.