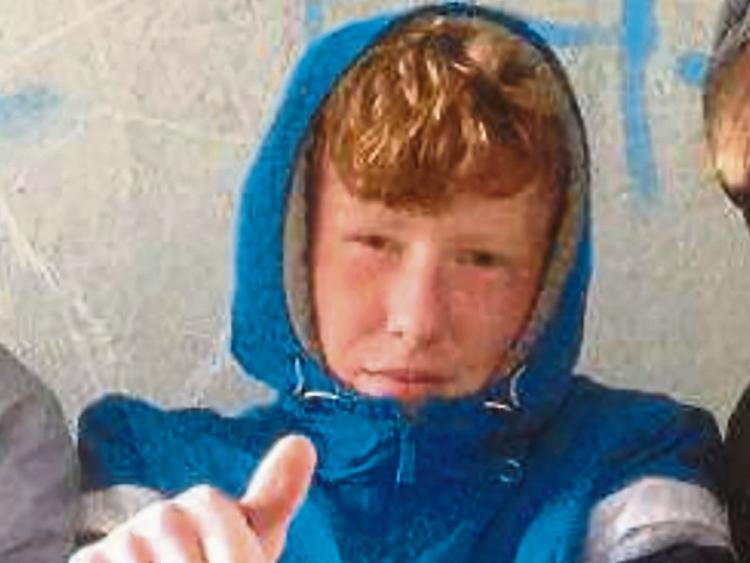 A CORONER has recorded a verdict of “accidental death” in the inquest of a teenager who was tragically killed in a single car collision following a high-speed chase in County Limerick.

Gearoid Sheehy, 17, St Patrick’s Road, was killed in a car crash after the vehicle, in which he was a passenger, struck a sign post before entering a field in Tubberyquinn, Ballyneety, in the early hours of March 19, 2018.

The collision occurred following a high-speed chase by gardai from Roxboro Road and across the county, the inquest heard. His friend Anthony Curtin, 19, of Crecora Avenue, Ballincurra Weston, was jailed for five years earlier this year for dangerous driving causing death.

Garda Colin McCarthy, of Henry Street garda station, said while on patrol, he saw a black Mazda driving on the Roxboro Road in the direction of Childers Road, and noticed a headlight not working.

The Mazda then took off at speed and “gained a lot of ground on us” and travelled in the direction of the M20, Gda McCarthy said in his deposition.

After driving on the M20, the Mazda took the slipway on the Dooradoyle exit, he said.

He said after seeing it was heading in the Ballyneety direction, he and an accompanying garda observed the Mazda “upside down in a field”.

He said he observed one unconscious male and another male who was “drifting in and out of consciousness”. Two other males were at the scene but not seriously injured.

Giving evidence, Gda Dean Landers, of Roxboro Road, said he was alerted to a report of a Mazda failing to stop for gardai and was “evading” gardai.

When he saw the offending vehicle in the field, he said he saw a male, Gearoid Sheehy, “lying motionless beside the car” and said to him: “Hello, can you hear me?”

He said his eyes were open but he was not breathing.

Gda Landers said the other male, Anthony Curtin, was “in a hysterical state” and that another male had been “located hiding” by gardai.

Based on a preliminary examination of the scene, the vehicle suffered “extensive damage” that was consistent with “striking an embankment and sign pole”, he said at the inquest hearing this Wednesday.

He said the vehicle was not driving in the direction it was facing, and that it had “demolished” the yield sign and uprooted its concrete base, after which the left wheels were “airborne”.

He explained that the car then started to role on the right-hand side with the driver facing the ground.

He said that there were two “heavy landing points” and that roof of the vehicle had been damaged by the time it struck the second landing in the field.

A post-mortem examination, carried out by Deputy State Pathologist, Dr Linda Mulligan, showed that there was no alcohol or drugs in Mr Sheehy’s system. The medical evidence concluded that the teenager died as a result of traumatic head injuries due to a single vehicle collision. Coroner John McNamara recorded a verdict of “accidental death”.