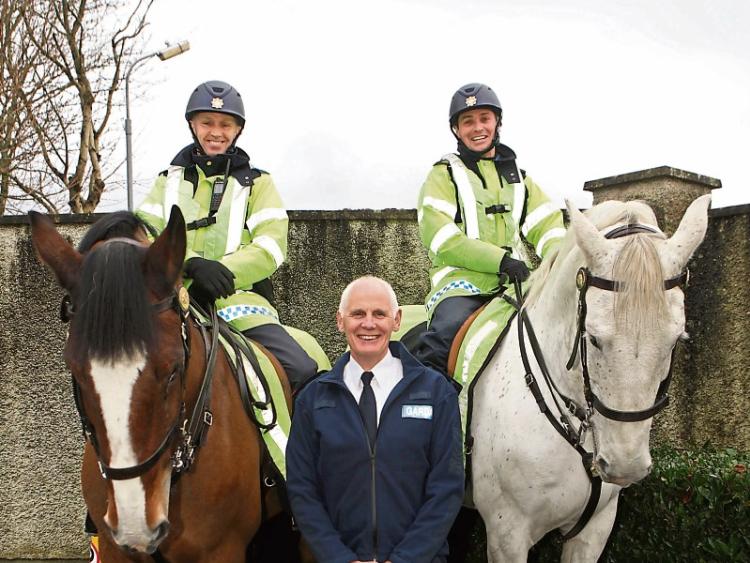 DESPITE a spike in the number of burglaries in the Bruff Garda District in recent weeks they are “down significantly” compared to last year, said Superintendent John Ryan.

However, incidences of fraud - where criminals don’t have to break in to any properties - is up. Supt Ryan asked Detective Sergeant Ted Riordan to attend the joint policing sub committee meeting for the Cappamore-Kilmallock municipal district to discuss the rise in fraud.

“While the figures are relatively good we are trying to bring them down further. Burglaries are a significant worry for us. One affects the whole community.

“There have been a few the past couple of weeks but compared to last year they are down significantly,” said Supt Ryan.

He reiterated advice he gave to a meeting in Cappamore organised by Bruff gardai and Limerick IFA, “Keep an eye out and let us know immediately if you see anything suspicious”.

Drink driving detections are down 28% but drug driving is up 100%, albeit from zero to two.

Fraud is on the increase and Supt Ryan asked Det Sgt Riordan to address the meeting. He said these cyber criminals don’t physically have to break in, they can do it from the comfort of their own home.

“They hack into the system. They then demand money and if the business doesn’t pay up they say they will pass details onto other criminals. It is a hard crime to solve because a lot of these fraudsters are based abroad,” said Det Sgt Riordan.

He said a bank will never email you or ring you, they will write to you officially.

“Never, ever, give your details to anybody that you don’t know,” he said.

Another ploy being used, the detective sergeant said, is that after the criminals have hacked into a business they will study payment transactions. They set up an email address very similar to the business’s one. They then email a company or person that has a direct debit set up, tell them they have a new bank account and ask them to send monies in future to this account.

Det Sgt Riordan said to question everything and if in doubt ring the company.

“If you get an email saying to now pay your bill to a bank in Cork even though the business is in Kilmallock and has been with the bank in Kilmallock for years you have to question it,” said Det Sgt Riordan.

He also warned about social media and giving too much information, for example, date of birth as this is the first question asked when you ring a company you have an account with.

Cllr Martin Ryan, of the well-known transport company Martin Ryan & Sons , said they often get emails like that.

“We always verify by phone with the point of contact in the company. In relation to cyber crime, only two weeks ago the lads left the office at 6pm on a Friday afternoon. An update was running on the computers. They came back in the morning and everything was wiped. There was an attack at 2am. Luckily the system had backed everything up at midnight,” said Cllr Ryan.

Cllr Mike Donegan, who works in the IT industry, said they are constantly upgrading firewalls.

Cllr Ger Mitchell asked if older people are more likely to be scammed.

“You would be surprised. I’ve seen younger people too [get caught],” said Det Sgt Riordan.

Cllr Brigid Teefy welcomed that burglaries were down overall despite the “spate of them in recent weeks”.

“Visibility is so important. People love seeing the gardai out and about,” said Cllr Teefy, who praised the recent meeting in Cappamore.

Cllr Martin Ryan agreed, saying you can always measure the success of an event by how many locals were talking about it and many had said it to him.

He asked for a “walk around garda presence” in Kilteely following reports of anti-social behaviour and stones being thrown at houses by children who should be at home. Cllr Ger Mitchell asked Supt Ryan if he can see drug driving overtaking drink driving?

“Absolutely. In a lot of divisions it has,” said Supt Ryan.