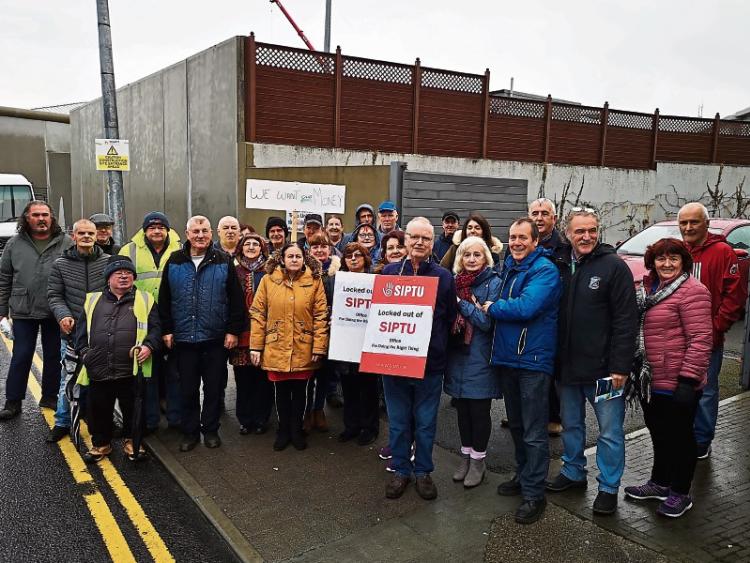 A NORTHSIDE community leader has given her backing to Frank McDonnell, who claims he has been barred from Siptu’s offices in Limerick.

Linda Ledger, the manager of the St Munchin’s Community Enterprise Centre, supported the lone picket being run by the Ballysimon Road man – and she was joined by former Siptu representative Liz Murray, as well as a number of workers from the Kileely facility.

Mr McDonnell, a former local president of Siptu, has had a number of disputes with the union.

But Siptu claim he is not barred from the centre at all, a spokesperson suggesting he was inside the complex, which is part of the Forsa offices in the Roxboro Road only last week.

They claim it is only due to the advent of GDPR legislation that some areas have had to become off-limits for the veteran union man.

“Frank helps random people. His heart and soul has been Siptu all his life, and he is all about helping others,” she said.

Ms Murray added: “I feel Frank has been badly let down by the union. That man has given 57 years of his life to people in the union, to the community, and I feel he is entitled to go into the office. Frank manned and ran the Limerick office in the old building when there were no officials around. Frank works for the community and it is due to this that the community want to support him.”

Mr McDonnell, an employment rights advisor by trade said he is finding it difficult as his daughter Ailish works in the Forsa office, which rents part of the facility to Siptu.