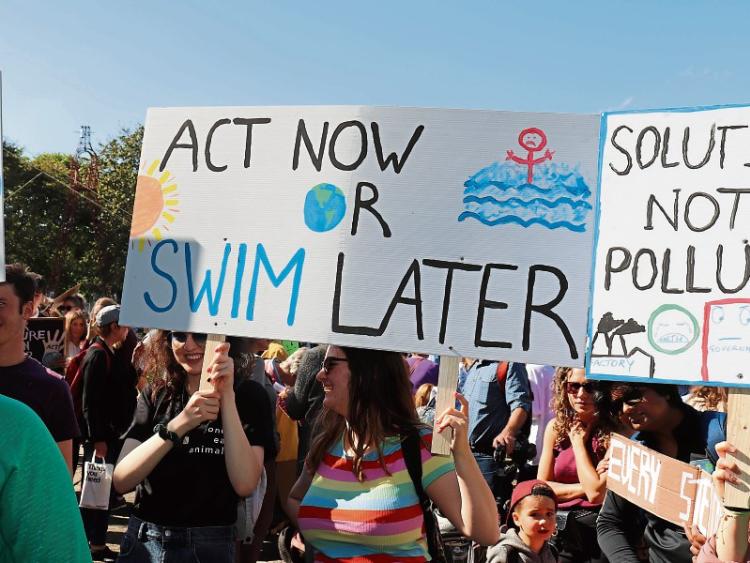 CLIMATE activist group Friday’s for Future Limerick is calling on the people of Limerick to join forces for the upcoming Global Climate Strike this Friday.

Last September 20, over one thousand people took to the streets of Limerick to strike for climate action in the largest protest the city has ever seen.  Led by local young Fridays for Future climate activists, Limerick’s citizens expressed their concern about the global climate emergency, while around the world, almost 7.5 million people took part in similar strikes that day.

“Despite this, despite several global strikes in the past year, and despite scientists’ warnings and worldwide evidence, the job of change isn’t done – urgent change is still needed,” said a Fridays for Future spokesperson.

“New headlines bring home to us -on a daily basis now - the urgency of the climate crisis. In October, wildfires in California displaced over 200,000 people, left over 1 million without power, and burned over 129 million trees.”

“In Somalia, in October, an estimated 182,000 people were forced to leave their homes due to flooding. Wildfires are burning right now in the Amazon and Australia.”

“Ninety-five percent of scientists around the world agree that human activities are driving climate change and associated ecological destruction. However, despite scientists’ agreement, the world’s governments don’t seem to be acting fast enough to prevent further climate change.

“Fridays for Future Limerick call on young and old alike to join us asking our authorities and governments, again, to take action.”

The strike will take place on November 29, at 1pm at Arthur’s Quay Park.