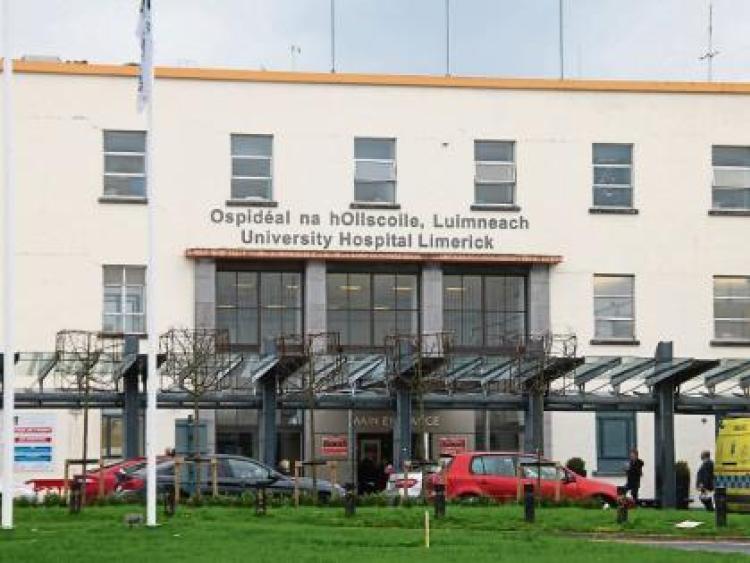 UNIVERSITY Hospital Limerick scored below the national average in every stage of care, according to the third annual National Patient Experience Survey (NPES).

The NPES surveyed a total of 26,897 inpatients earlier this year, in a bid to measure the performance of every public hospital and to highlight positive experiences and areas of improvement.

Between UHL, Croom Orthopaedic Hospital and St John’s Hospital, a total of 925 patients participated in the survey in Limerick, a drop of 114 patients in comparison to last year’s survey.

It is also the lowest participation turnout since the initiative was launched in 2017.

According to the survey, which asked patients 51 questions in relation to different areas of care, 76% found their treatment to be “good” or “very good”. This was below the national average of 84%.

In 2018, it was also below the national average, with 78% finding their level of care either “good” or “very good”.

According to the survey, UHL failed to meet emergency waiting time targets for a large number of patients this May.

According to the INMO, there were 1,102 patients on trolleys at UHL that month.

The HSE’s targets for waiting times are that 75% of people in the emergency department should be discharged or admitted to a ward within six hours, or should not wait longer for nine hours.

For patients aged 75 and older, 95% of emergency cases should be discharged or admitted within six hours and also should not be waiting for longer than nine hours.

Twenty-six percent of patients (125) said that they were admitted to a ward within six hours, while 197 patients—41%—were waiting between six and 24 hours.

The survey also allows patients to provide comments in the survey. One positive comment read: “Everyone did a fantastic job in looking after me from the porters in the emergency department to the consultant and his team, theatre staff, nurses, kitchen staff and everyone else that I came into contact with.”

However, areas of improvement were also mentioned.

“Would prefer not to have to spend a night on trolley in ward corridor - was nervous to sleep with no place for storage bags phones etc. Having to change in bathroom of another ward room - appreciated provision of a screen at night but felt 'in the way' in morning rush etc,” one inpatient said.

Ninety-five percent of patients described their room as clean or very clean, and that 89% said they had been always or sometimes been treated with dignity and respect in the emergency department.

Just 4% of patients said they had no confidence in hospital staff treating them.

When asked if they thought UHL staff did everything they could to help control pain, 82%  said yes and yes to some extent.

when they are vulnerable”.

He added that the €19.5m 60-bed block is currently underway, which is hoped to assuage UHL’s ongoing overcrowding problem.

UL Hospitals Group CEO, Prof Colette Cowan said that it is important to give attention to areas where patients feel less satisfied.

through the wider structural reforms of our healthcare system as set out in Slaintecare,” she said this Monday.

“We now need to demonstrate that we have listened to our patients and that we can respond in the right way. We know we can do this. Quality improvement projects introduced as a result of previous surveys appear to be making a positive difference.”

She said that after the 2018 survey, UHL introduced a patient information book with the aim of alleviating patient anxieties.

“This year’s survey results show our patients feel they have better written information about the discharge process. A number of quality improvement initiatives are already underway in response to the latest survey results. These include projects to improve communication with patients and their families and how we can continue to improve patient meals and mealtimes,” she said.

Croom Orthopaedic Hospital had joint-highest rating in the whole country, with a score of 9.4 out of 10, alongside South Infirmary Victoria University Hospital.

In total, 98% of its 81 inpatients who were surveyed found their care good or very good.

One hundred percent of Croom patients found their room as very or fairly clean, while 97% of patients said that they had always or sometimes privacy on the ward.

All 81 said they had always or sometimes confidence in staff, and 100% said they were treated with respect and dignity. And 90% found their food good or very good.

“These results show that we have listened carefully to our patients and made improvements around involving patients in decisions and discharge planning.”

According to the 122 participants at St John’s Hospital, there was an improvement in its patient satisfaction, with 93% saying that they found their care good or very good—well above the national average.

In 2018, 91% of St John’s inpatients thought their treatment was good or very good.

One of the many positive comments shared by an inpatient was: “The nurses and doctors were brilliant and the hospital was very clean. The food was good and the ladies were very friendly they would always have a chat and a laugh.”