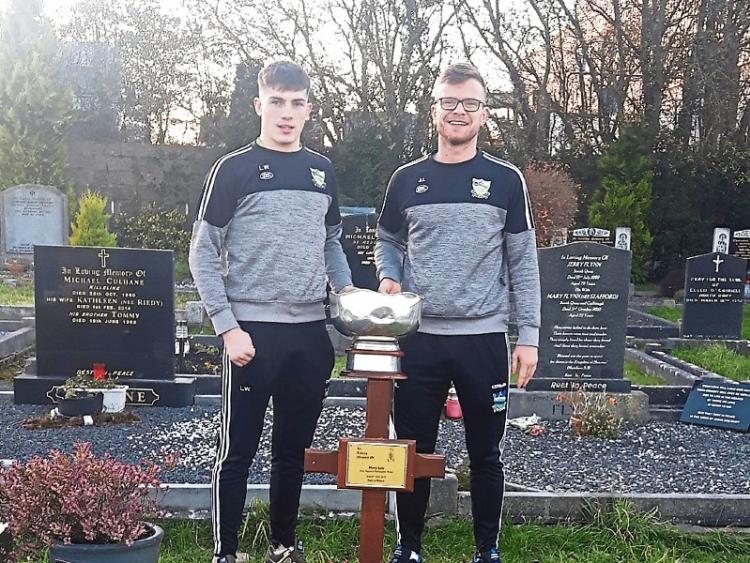 Jamie Lee and his cousin, the under-20 star Lee Woulfe take the County Football trophy to the graveside of the late Mary Lee

THE grandsons of the Newcastle West GAA stalwart Mary Lee paid a poignant visit to her graveside this week, with the county football trophy in tow.

Inter-county football star Jamie Lee and his cousin, the former under-20 player Lee Woulfe remembered their late grandmother following the Magpies’ latest county title win over Oola, the first one which the lady herself couldn’t be at. Jamie posted the picture to his Twitter, Instagram and Facebook pages, declaring “she would have been one happy lady”.

Speaking to the Leader this week, the full forward said: “She would have wanted this, to see us present the trophy at her grave. All the players and staff had their pictures taken with the trophy. We just felt it was a nice touch. She’d have liked it.”

Jamie said Mary would have been with the team “in spirit” following their 1-11 to 0-8 win over in the Gaelic Grounds last month. 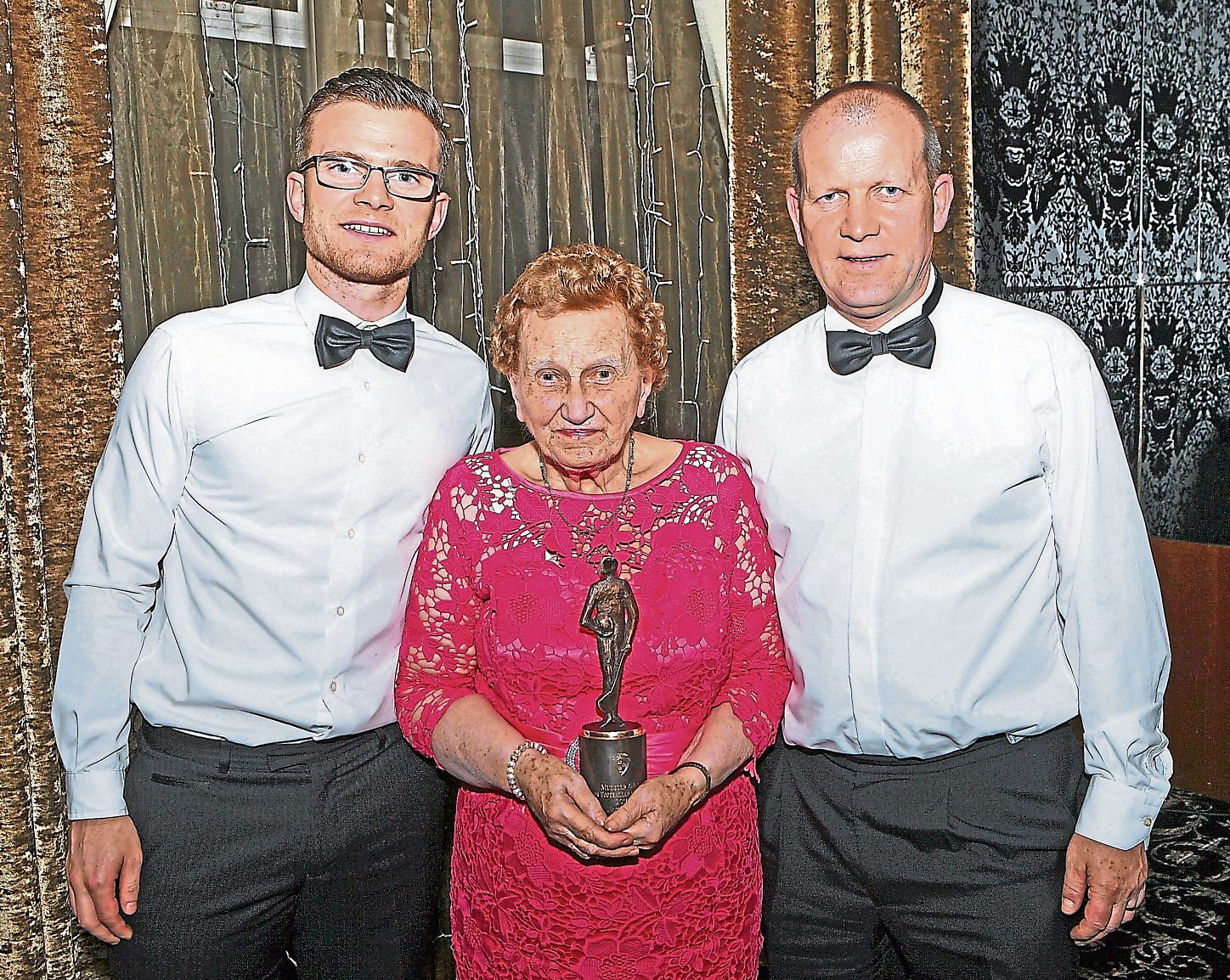 Above: Jamie and Billy Lee with the late Mary

“When we won, she was great to be around. She’d have been brilliant, and totally delighted. We’d all be celebrating in the bar. Young fellas would be out drinking and having a bit of fun, but when she came, you’d always sit down and talk with her. If you were drunk, she’d tell you go home,” he laughed.

Mary’s son, the current Limerick football manager Billy Lee added: “Mam would be so thrilled the club won the championship. The boys took the trophy to the grave to say we haven’t forgotten you, we know you’d be proud. She would be delighted with not alone the lads, but the club in general and the town. She was always good to them and the lads just wanted to acknowledge that as they knew it.”

“I think she will be very happy in heaven looking down,” Billy added.