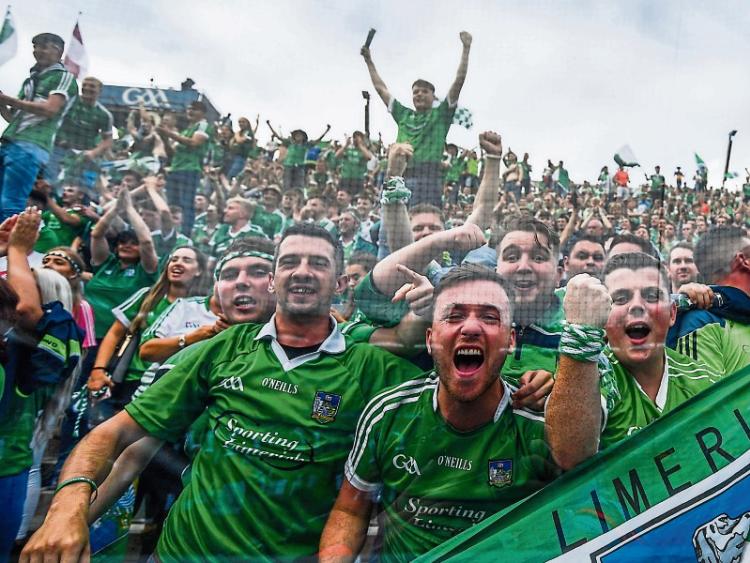 One story has dominated the conversation in Limerick this past week - the video which emerged of a Limerick hurler in an altercation on a street in New York.

Limerick people love their hurling. The scenes in Croke Park on August 19, 2018, and again at Colbert Station and the Gaelic Grounds for the All-Ireland homecoming, clearly shows the place it holds in Limerick hearts. So real disappointment was felt this week when a video was circulated on social media of a member of the senior panel trading punches with a hurling supporter on the streets of New York. The video, it turns out, was filmed by the hurler’s teammate and shared on a group WhatsApp.

On the orders of manager John Kiely both of the players were sent home.

As is the case with most things in life, opinion is divided on the treatment of the two players involved, including the coverage by the media.

There are those who will say the reaction is over the top and it’s just a case of handbags by young lads, amateur players, who were under the influence.

Others will say being sent home early serves them right and they should be dropped off the panel indefinitely.

The fact of the matter is, sadly this isn’t the first time that the Limerick hurlers have been talked and written about for matters off the field.

Yes, we have all been young and made mistakes, but it’s not as if they haven’t been warned very recently about the consequences of misdemeanours.

In this era of social media a person’s reputation can be ruined at the press of a button. Of course there has to be an indiscretion to film in the first place.

The privilege of wearing the Limerick jersey comes with responsibility. These players are role models for a new generation. Everything from their strike of the sliothar to how far they roll up their socks is mimicked by young boys and girls.

At a time when the image of so-called hard men like Conor McGregor is considered cool by impressionable young people, the need for credible influences - real men who do their talking inside the ring or on the pitch - couldn’t be more great. John Kiely, a school principal, realises this more than most. Standing at the top of the bus carrying the senior squad to their banquet reception at Citywest only hours after Limerick claimed their first All-Ireland in 45 years, John Kiely said: “Until the day we die we will have this one link together.. everyone of us, and it is so so special. So respect it. Every decision you make has to be made in the light of the respect that we must have for each other within this group.”

Wearing the senior Limerick hurling jersey is an honour - an honour only a select few men get to enjoy.