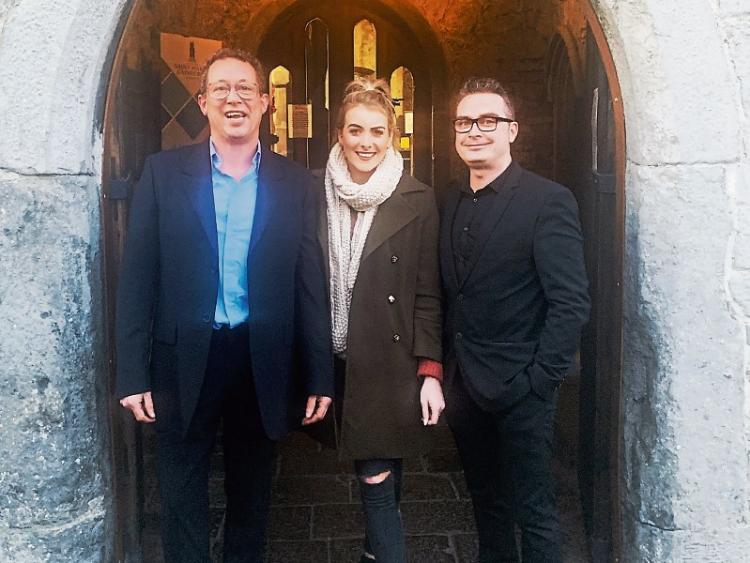 Limerick will take centre stage next year with a brand-new festival announced for March. LEAF will attract over 20,000 participants to a range of re-imagined city centre venues from March 5 - 8 2020.

Last Friday I attended the launch of LEAF 2020. We were treated to a very special world debut performance by the award winning Glasshouse Ensemble at St Mary’s Cathedral. Following this the festival’s resident futurist Anne Lise Kjaer along with the directors of the festival presented their vision for Limerick’s Electronic Arts Festival which will debut in the city next spring.

Intersection is a business and creative symposium taking place on Friday, March 6 at the new warehouse space at the LCFE campus. With keynote interviews and panels on topics from A Digital First Society and AI & Art – Friends or Foes, Sleeptech Workshops and speakers from Facebook, LEGO and the EU among others, this will be a stimulating update for anyone fascinated at the pace of change as we tear towards our digital future.

Resident futurist Anne Lise Kjaer will curate this world first event – a renowned Ted speaker, entrepreneur and Copenhagen Goodwill ambassador, her mission is to inspire new thinking and changemaker culture across generations. She says “the future is not somewhere we go; we create the future”.

Creation is the youth-facing strand comprising of a series of rapid-fire presentations, workshops and keynotes. With every Irish teenager now a digital native, this day-long forum will entertain and educate with talks and panels on E-sports, YouTube, music creation and the world of online collaboration and monetisation from Depop to Spotify.

The old Cleeve’s Factory on O’Callaghan Strand will transform into an urban festival setting, with cutting edge installations, events and workshops. From Thursday to Sunday, music fans will be entertained by some of the world’s best electronic artists, digital artists and visionaries.

A series of free workshops over the weekend will bring participants on a journey of learning with pioneers in the field of music production, digital art, performance and art monetisation.

LEAF 2020 will also deliver a free music trail for all ages on Saturday afternoon showcasing some of the most cutting-edge electronic artists in Ireland today.

Curated by tastemaker Nialler9, venues across the city will throw open their doors for a very special selection of all that’s good in music right now.

“Nialler9 is excited to curate the music trail at Limerick Electronic Arts Festival in 2020. We will be bringing electronic music of all shades to Limerick city next March in a free capacity to complement LEAF's headliners. It's going to be a buzzy weekend”.

Over 17,000 people most of them families, turned out on Limerick’s O’Connell Street on Sunday evening for the traditional turning on of the city’s Christmas Lights, which officially launches the festive season in Limerick. Special guest of honour, Rose of Tralee Dr Sinéad Flanagan joined Mayor of the City and County of Limerick Cllr Michael Sheahan at the Light Up Limerick ceremony, as well as special guests Santa Clause and the North Pole Elves.

Light Up Limerick is the starting point of six weeks of celebration that will also include:

Christmas at the Urban Garden (outside Penneys) will be a hub of activity between now and the big day. Soak up the festive sights and city lights in the heart of Limerick’s shopping district. Other highlights include:

Keep up to date with all things Christmas in Limerick via:

With four studio albums to their name and a Gold selling, Number 1 Album “Getting Through” - Dublin four piece The Riptide Movement play Dolans this Friday November 22. Tickets only €18 and it is guaranteed to be a banging show!

Irish country-pop singer Aoife Carton releases her new single “Capsule” on Friday, 29th November 2019. Capsule, the title track off her upcoming EP,Aoife’s last single, ‘Edinburgh’, launched at The Grand Social in aid of the Dublin Rape Crisis Centre. Give her a stream this week!

It is officially back and better than ever. If you haven’t already, you need to hop on the bandwagon now! Tune in to Virgin Media week nights from 9PM and keep up to date on our daily jungle analysis @spinsouthwest