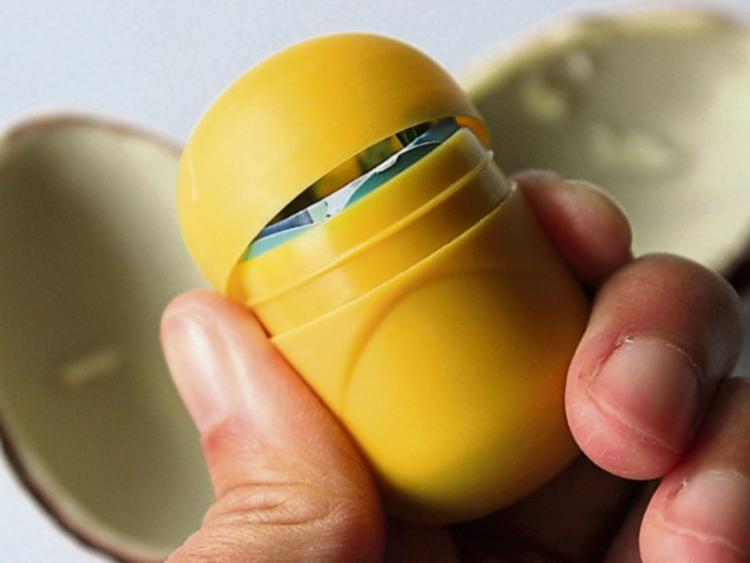 Cannabis and Alprazolam were discovered concealed in the plastic 'egg'

A BRUFF garda gave a criminal a surprise when he found drugs hidden in a Kinder egg.

Detective Garda David Gee’s suspicions were aroused when he spotted a white substance on the face of John Harris, aged 24, of De Valera Park, Bruree.

Inspector Liam Wallace told Kilmallock Court that Detective Gee was on patrol on Water Street, Bruree at 12.45am on March 27, 2019.

After they were sent for forensic analysis, Insp Wallace said the brown substance was found to be cannabis valued at €10. The 35 tablets in the Kinder egg were Alprazolam - a benzodiazepine - costing €35. The court heard that the offences occurred two days after Mr Harris was given a four month suspended sentence for burglary.

Read also: Gardai seek to locate men who fled after burglary in Limerick

Insp Wallace said Mr Harris has a number of previous convictions including for drugs, theft, burglary and road traffic offences.

Lee-Ann Purcell, solicitor for Mr Harris, said her client has had “difficulties”.

“He is engaging with the Probation Service. He made early admissions. He wants to deal with the matter. It was a small amount of drugs. He is trying to get work as a plasterer,” said Ms Purcell in mitigation.

She fined Mr Harris €250 for the unlawful possession of Alprazolam. The second drugs offence regarding the cannabis was taken into consideration.