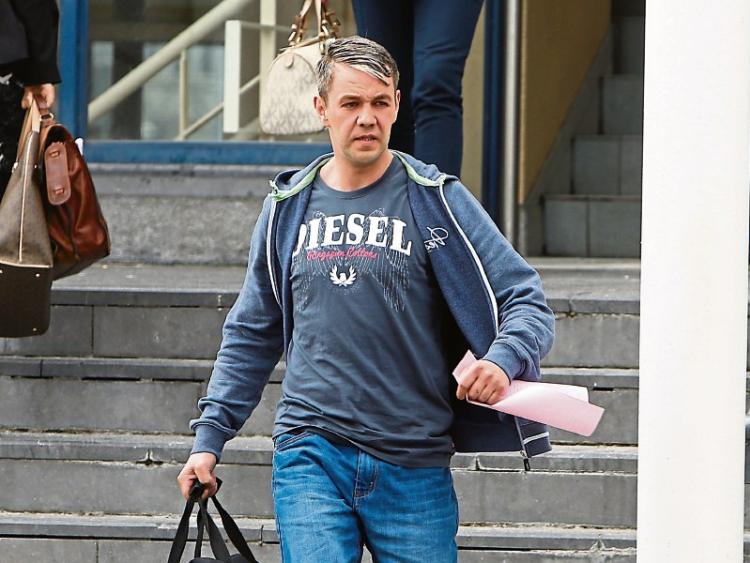 Liam Keane: a number of motorists had to take evasive action to avoid being hit

A HIGH profile criminal has admitted driving at “grossly excessive” speeds on the wrong-side of the Southern Ring Road while being pursued by gardai.

Liam Keane, 35, of Singland Gardens, Ballysimon, has admitted a charge of endangerment as well as multiple road traffic charges arising from an incident on April 13, 2016.

During a sentencing hearing, Detective Garda Dan Landers said the pursuit on northbound carriageway of the N18 began shortly after 7pm when gardai were alerted to a Mercedes car which failed to stop in the John Carew Park area of the city.

He told Limerick Circuit Court that Mr Keane drove the wrong way up a slip road near the Maldron Hotel and that he reached speeds of more than 180km/h while traveling in the direction of the Limerick Tunnel before exiting at the Dock Road exit.

John O’Sullivan BL, instructed by state solicitor Padraig Mawe, said there was sucha high risk of a collision occurring that members of the armed regional support unit drove along the hard shoulder in an effort to alert oncoming traffic to the danger.

A number of vehicles had to take evasive action to avoid the Mercedes and a married couple sustained soft-tissue injuries after their car was clipped.

While the pursuit was stopped for safety reason when Mr Keane exited the dual-carriageway, he was arrested near his home a number of hours later.

Detective Garda Landers said the accused, who has more than 50 previous convictions, cooperated with gardai and admitted he was the driver of the Mercedes.

He told gardai the car belonged to an associate of his and that he was “test driving” it when he first encountered gardai.

Mark Nicholas SC said his client had consumed alcohol when he was arrested and could not be interviewed for several hours such was his level of intoxication.

He said the defendant knew he was not insured to drive the Mercedes and that he “panicked and took off” when he saw the gardai at Carew Park.

He told Judge Tom O’Donnell Mr Keane was “not out of prison long” at the time and that the road layout had “completely changed” while he was serving a lengthy sentence for a firearms offence.

Mr Nicholas said his client accepts he is lucky that nobody was killed or seriously injured and that he should not had driven in the manner he did.

“A foolish decision was taken that can’t be taken back,” he said adding that Mr Keane is willing to accept whatever penalty is handed down by the court.