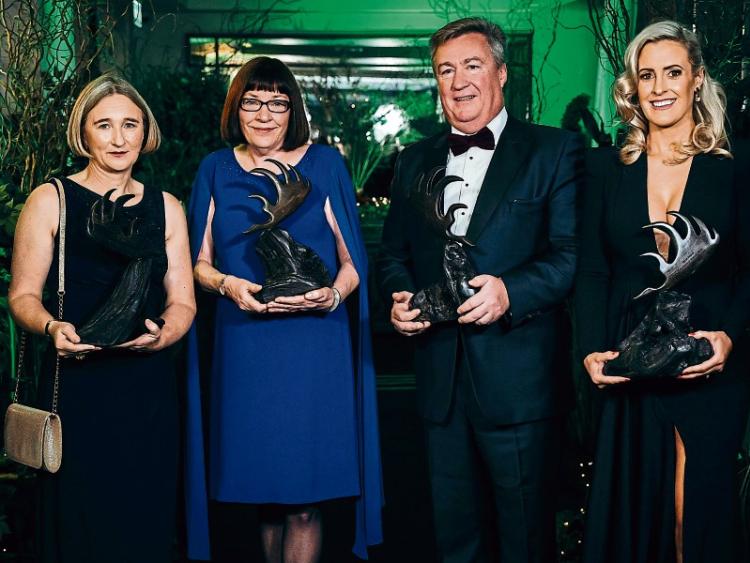 FOUR outstanding graduates from the University of Limerick (UL) have been honoured by the college.

The annual dinner marks the outstanding achievements of its graduates.

A former chief technology officer with Analog – which employs hundreds in Raheen – Mr Real, who died earlier this year , was posthumously honoured for his contribution to science and technology.

Tipperary woman Ms Lewis, the executive director of One in Four, the Irish Charity Supporting adult survivors of childhood sexual abuse, was honoured for her contribution to society.

And 11-times All-Ireland medalist, the Cork footballer Brid Stack was given the nod for her contribution to sport.

Read also: University of Limerick campus a game changer by the riverside

Speaking at the presentation, UL president Dr Des Fitzgerald said: “The programme is designed to recognise graduates who have made an outstanding contribution in particular fields and we have added four more amazing people to an extraordinary cohort of 43 recipients since its establishment in 2006. As UL alumni, Maeve, Peter, Mark and Brid have excelled in their careers. With each achievement, their careers have progressed to new heights and elevated UL and the alumni by association. This year’s award recipients represent all that is good about our alumni and are sources of inspiration for our current and future students.”

Since their inception in 2006, only 47 people from a global alumni community of 100,000 have received alumni awards.