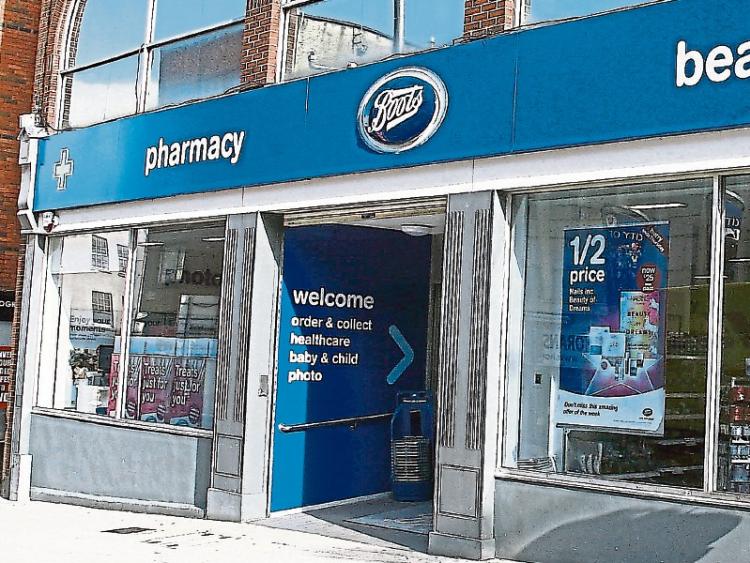 A JUDGE has described as ‘disturbing’ an incident during which a shoplifter threatened a store manager with a syringe.

Dean Power, 32, of no fixed abode who has pleaded guilty to robbery and several shoplifting charges will  be sentenced in the new year.

Garda Aishling O'Neill told Limerick Circuit Court the defendant entered Boots, William Street at around 11.18am on March 29, last – despite being barred from the premises.

She told John O'Sullivan BL, prosecuting, that he selected a perfume set worth €44.50 and that when he was challenged by the manager he produced a syringe from his pocket.

Garda O’Neill said the worker could see the needle and that he immediately backed away as he feared for his safety. “He was afraid he would get sick with a very serious illness,” said Mr O’Sullivan.

After Mr Power left the store, gardai were alerted and he was located at St John’s Square a short time later.

Garda O’Neill said he was clearly under the influence of an intoxicant and that two needles and a syringe were found when he was searched.

During interview, the defendant denied producing a syringe or needle. “He claimed he produced a lighter not a syringe,” said Garda O’Neill.

Barrister Eimear Carey said her client has a serious drug addiction and that all of the offences occurred during a short period after he relapsed following the death of his brother.

She said he was drug free for a number of years prior to that and that he had moved out of Limerick to avoid trouble.

Ms Carey said the defendant accepts he has a bad record but asked the court to note that he is apologetic and intends leaving Limerick again when released from prison.

Judge Tom O’Donnell was told Mr Power, who has a young child, is anxious to enter a treatment programme.

The judge said it was a difficult case and that he needs times to consider the contents of a probation report which was prepared ahead of the sentencing hearing.

He will impose sentence next February.