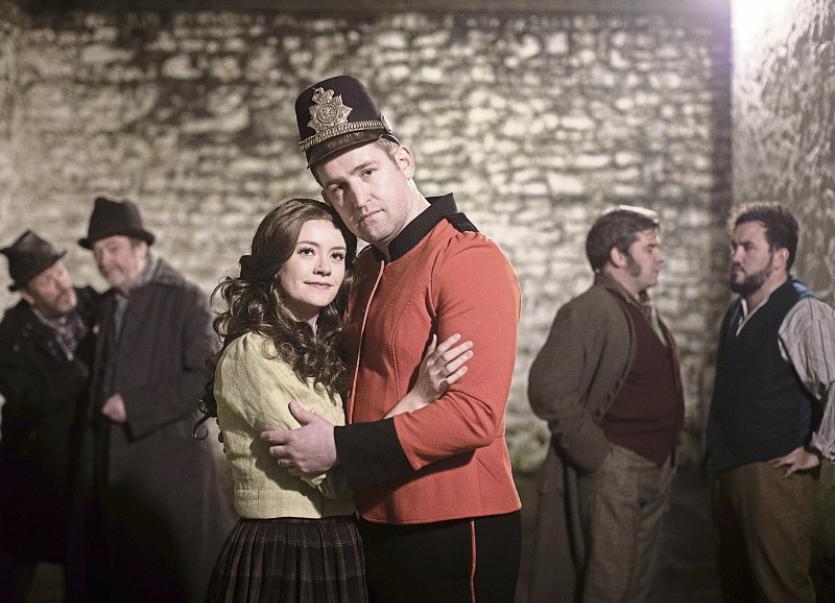 Rachel Griffin and Eoghan Ahern in Dancing At Lughnasa

VETERAN thespian Mags Hough has worked on everything from Killinaskully to an Dancing At Lughnasa.

Hough brings over 30 years of experience with her production of the Brian Friel play Translations, which will run at the Lime Tree Theatre starting on Tuesday, November 12 and runs until Saturday, November 16.

Hough was a founding member of the Granary Players in Limerick, and is currently a co-director and drama tutor with Spotlight Stage School.

“I directed Dancing At Lughnasa over 20 years ago, so it’s nice to return to the works of Friel,” Hough told the Limerick Leader.

Hough has also acted, so she was able to bring her acting experience to her directing duties.

”I know what it’s like to tread the board so to speak,” she explained, “so I use that experience to get the best out of my actors.”

“It’s a very political play with a load of political elements,” says Hough “so that adds an extra sense of dramatic weight and tension to the show.”

Translations, often ranked among the best of Friel's work, deals with a small community in 1830’s Donegal, that is affected by an Imperial endeavour to replace local indigenous place names with an English translation.

“There’s a greater sense of characterisation and depth in Translations that you don’t really get with other plays,” said Hough.

“Limerick has a very strong theatre scene, and it’s great to see the city has a strong culture scene,” she remarked.

Translations runs from next Tuesday at the Lime Tree Theatre until Saturday, starting at 8pm every night.

Tickets are available from Lime Tree’s website, and are €22.