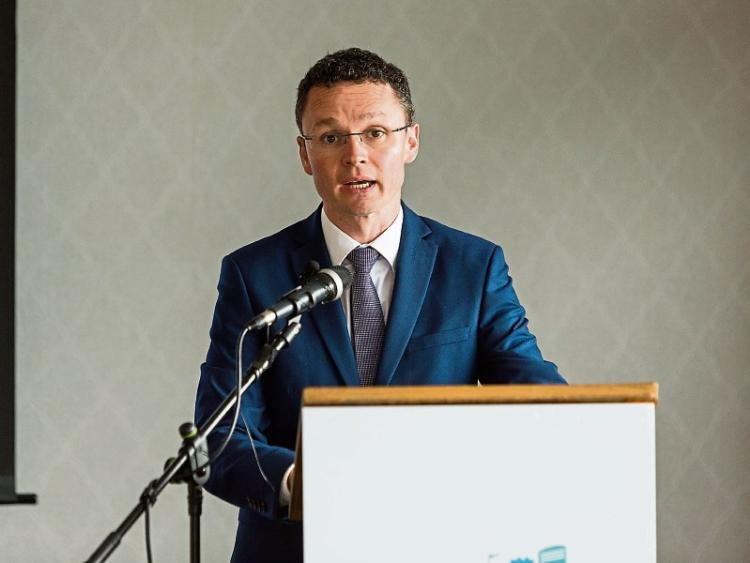 MINISTER of State, Patrick O’Donovan represented the Irish government at the International Famine Commemoration ceremonies  in Phoenix, Arizona at the weekend.

The ceremony took place at the An Gorta Mór Great Hunger Memorial which stands on the campus of  the Irish Cultural Centre and McClelland Library in the city and was one of a variety of cultural and heritage events to mark the 20th anniversary of the centre.

Speaking on Sunday, Minister O’Donovan said the event provided “an important moment to reflect on the Great Famine and its impact on Ireland’s relations with the wider world.”

“This is the first time that the International Famine Commemoration has taken place in Western United States, a region where Irish people and those of Irish descent made a formative impact,” he said. “Today just over 10% of all people in Arizona identify as being of Irish heritage and the commemoration offers an opportunity to recognise and celebrate their achievements and the links between Ireland and Arizona.

It was the 11th International Famine Commemoration to be held and the fifth in the US.  As part of his US trip, Minister O’Donovan also delivered the opening address to Ireland Week in Los Angeles where he met with Irish community groups and business interests.