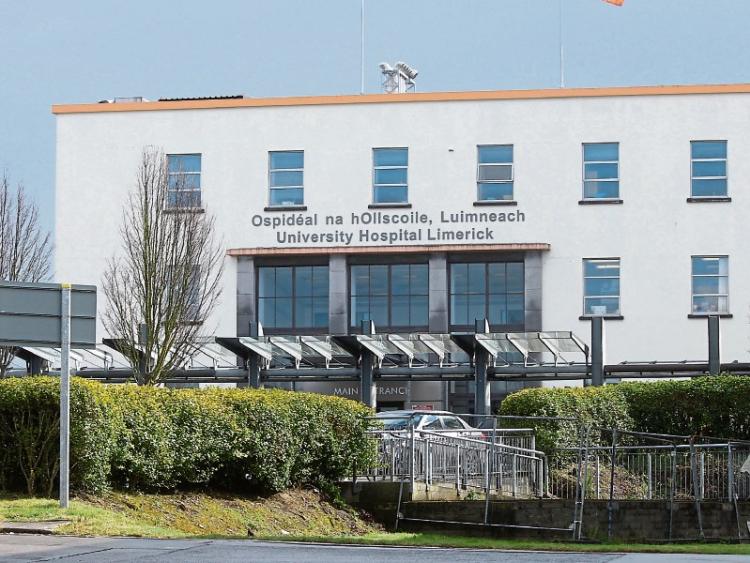 A MAN who forcibly threw his infant daughter on to a bed when she would not stop crying has been jailed for assault.

The seven-week-old baby suffered from seizures and turned blue following the incident at a house on the northside of Limerick city on November 22, 2016.

The 32-year-old defendant, who is originally from the UK, also pleaded guilty to a charge of child cruelty relating to the same incident.

Sergeant Mairead Reidy said gardai were alerted to the incident after medical staff at University Hospital Limerick contacted them to express concern the injuries were “not accidental”.

Gardai subsequently attended UHL and spoke to the baby’s mother while the infant was transferred to Temple Street Hospital for further treatment.

The mother told gardai her partner was at home feeding the infant for a short time and that when she returned to the house their daughter was lifeless in an upstairs bedroom with her eyes rolled back in her head.

She said the infant’s breathing was shallow and that she turned blue and was having a seizure.

While the defendant initially told gardai he had placed the infant on the bed while looking for a nappy, he later admitted to a nurse at Temple Street that he had thrown his daughter on to the bed from chest-height.

He told the nurse he had “lost it” when the baby was screaming and crying and he later confirmed this when questioned by gardai in Dublin.

“I just snapped,” he stated adding he was getting flashbacks to a traumatic incident which had occurred while he was in the British Army a number of years earlier.

Sgt Reidy agreed with John O’Sullivan BL, prosecuting, there would not have been a case without the defendant’s admissions.

Anthony Sammon SC said his client suffers from PTSD and that there was a “fair degree of domestic chaos” and that he was not able to cope.  “He snapped under a great deal of stress,” he said adding he was “just not equipped to deal with the stressed crying of an infant child”.

The barrister said the defendant accepts what happened was dreadful but he urged the court to note his client’s admissions and guilty plea.

Judge Tom O’Donnell was told Tusla became involved following the incident and that the now -three-year-old remains in the care of the State along with a number of other young children.

In a victim impact statement, the infant’s mother said her daughter suffered horrendous physical injuries and that she feared she would die.

However, Sgt Reidy informed the court the toddler has made a good recovery and has reached all of the appropriate milestones for her age.

He said the victim impact statement made for difficult reading and he noted the child’s mother continues to suffer because of the actions of the defendant.

He noted the defendant has not had any contact with his daughter or former partner since and described what happened as a “serious breach of trust”.

The judge commented the infant’s injuries could have been fatal or life-lasting which was an aggravating factor.

He accepted what happened was a “one-off incident” and that the defendant is unlikely to have any meaningful relationship with his daughter.

The judge also commended the medical professionals in Limerick and Dublin for their “fantastic” treatment of the infant following the assault.

He imposed a three-year prison sentence, suspending the final 18 months. The child cruelty charge was taken into consideration.