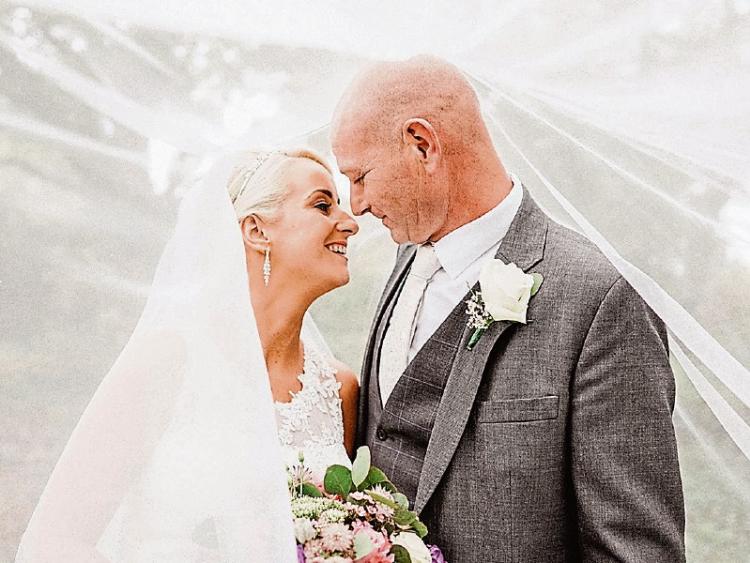 RYANAIR have been blamed for a painful end to an ‘amazing honeymoon’ for newly married couple Alisha Scannell and Paul O’Connor last weekend. The newly-weds had to endure a 30-hour odyssey without sleep and had fork out €1,000 to ensure they got home from Krakow, Poland in time for work on Monday.

Now, Alisha, from Abbeyfeale has vowed she will not be flying Ryanair again.

It was all supposed to be so very different, the beginning of a new life for Alisha after losing her only daughter Zoe in a car accident five years ago.

Alisha’s marriage to Paul O’Connor from Duagh took place in Abbeyfeale on October 11 but to fit in with their work,  they booked a five-day break to Krakow to take place during half-term. The package was booked through a travel agency and the couple flew out from Shannon and were due to return on a 9.25pm flight last Friday.

They were at the airport two hours before the flights. “There was fog. Some flights were landing and some were taking off and some were being cancelled,” Alisha recalled. “But when we booked in at the desk there wasn’t a mention of a delay.” They went through security to find ‘bedlam’ on the other side. “There were bodies everywhere. One woman was even lying underneath a row of chairs. It was unsafe.”

About an hour before their flight was due to take off, Alisha continued, they were told there was a delay. But they knew their  plane had taken off from Shannon and told themselves it would not be cancelled.

But that plane was diverted to Katowice airport. “Eventually we were told our flight wasn't cancelled, there would be a bus outside in 59 mins to transfer us to Katowice,” Alisha recalled.

“So we ran, collected our bags, panicking as we had nobody telling us what way to go. But thankfully us Irish are a nation that stick together so we helped each other. Eventually we got in a long queue outside the door in freezing temps. We stood for over an hour. Children were crying and hungry, elderly people were trying to keep their place in the queue. But we didn't care we were getting our flight home.”

But over an hour later, they discovered, to their horror there was no bus coming. “One guy had the sense to ask a random airport worker, how long more for our bus. The airport worker replied, Sir, there is no bus coming for you. That plane left without ye.”

“Panic just took over, “Alisha recalled. “And not a single Ryanair member of staff to help.”

Eventually, Alisha, Paul and four others whom they had befriended in the queue, discovered that the next available Ryanair flight was the following Monday and it was fully booked. The only available seats were six days later.

Some frantic googling by their two new, young women friends followed… before they embarked on the long expensive journey  home.

Together with their new friends, they booked a taxi to Katawice airport where they succeeded in getting a Lufthansa flight to Frankfurt and another flight to Dublin, arriving in about mid-day on Saturday and with the long journey to Abbeyfeale still ahead of them, while their car remained in Shannon.