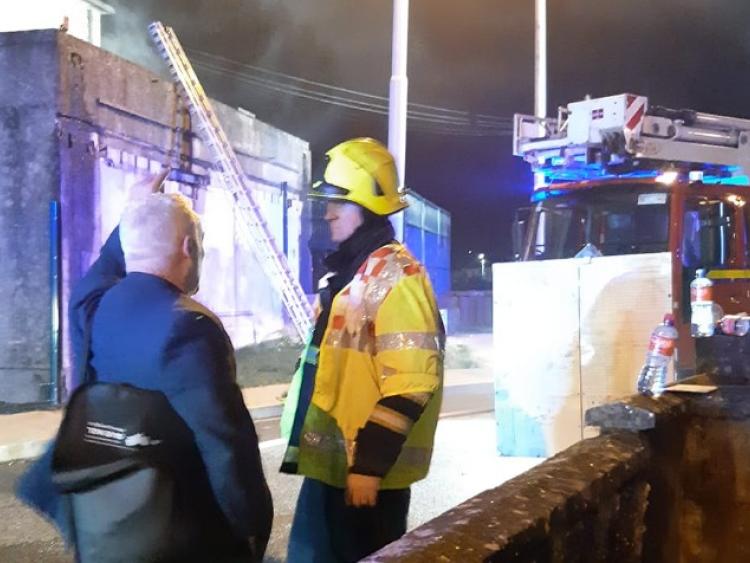 Five units from Limerick and Shannon Fire Service were dispatched to the scene of a major fire at the old fisheries building at the Salmon Weir, Brown's Quay at around 7.30pm.

On arrival at the scene, firefighters discovered that the building was alight with a significant amount of animal straw bedding on fire in the buildings, according to sources.

Firefighters had to use breathing apparatus in order to extinguish fire and dampen, which took several hours, and returned to the scene at around midnight.

Firefighters continued to dampen down the scene when they returned to the scene at around 7am this Tuesday.

Cllr John Costelloe, Sinn Fein, who posted a picture of himself at the scene of the fire, said on Facebook: "Very difficult fire to tackle tonight at the weir in Thomondgate. Well done to the emergency services for their brilliant work.