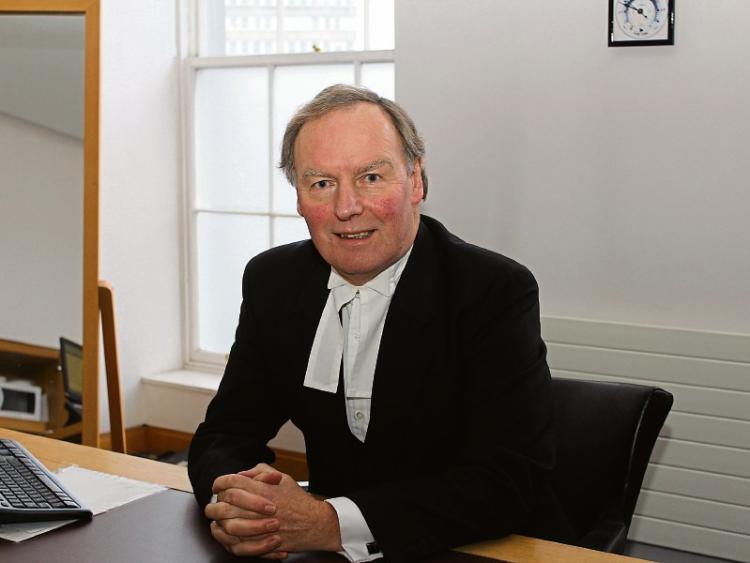 Judge Tom O'Donnell: incident was traumatic for the victim

A BURGLAR who threatened a 13-year-old boy after breaking into his home has been been jailed for four and-a-half years.

Mark Foran, 42, of North Claughan Road, Garryowen had pleaded guilty to a number of charges relating to an incident on August 23, 2016.

Imposing sentence, Judge Tom O’Donnell said what happened was “very frightening and traumatic” for the teenager and was in the mid-range of the scale.

Limerick Circuit Court had previously heard the teenager was at home alone when he was alerted to a noise downstairs.

Sergeant Michael Lambe said as he was ringing his mother, Mr Foran entered his bedroom and grabbed the phone from him. He then threatened to stab him and said he would send people after him if he contacted gardai.

Sgt Lambe added the teenager was traumatised and upset as a result of the incident and did not attend school for a number of months afterwards.

Read also: WATCH: 'Shock' amongst locals after death of boy, 11, in Limerick

While another man was initially identified as a suspect Mr Foran, who has almost 70 previous convictions, was subsequently identified and made admissions.

Barrister Brian McInerney said his client is getting to grips with a drug and alcohol problem and is “now stable and clean”.

He submitted that without his admissions and guilty plea there would have been difficulty “joining the dots” had the case gone to trial before a jury.

Mr Foran was also before the court in relation to a separate burglary at an unoccupied house at Old Francis Street, sometime between 2pm and 4.40pm on December 3, 2015.

Sgt Lambe said he smashed a panel on the front door to gain access and that the property was completely ransacked.

The sergeant agreed with Mr O’Sullivan when he highlighted what he described as an “odd and sinister” aspect to the case.

He said kitchen knives were found in each room of the house and that gardai believe Mr Foran had placed them there “in the event that he was confronted”.

The court heard Mr Foran cut himself during the burglary and that blood found at the scene matched his DNA.