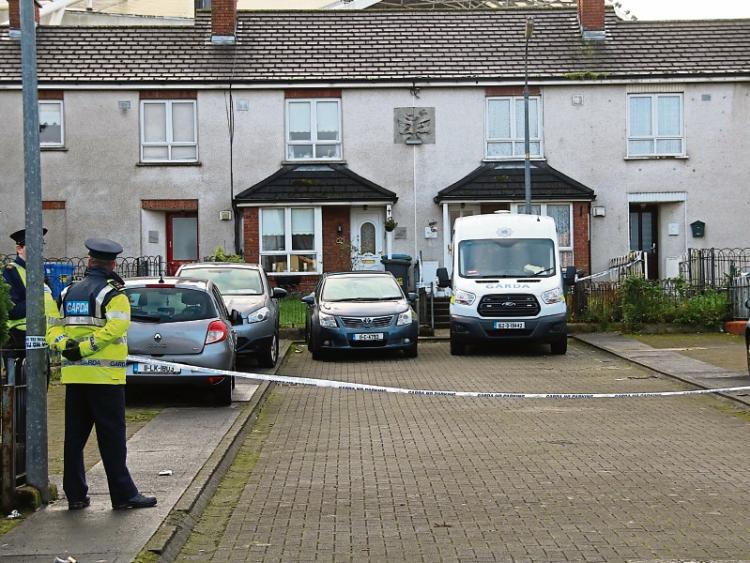 Gardai maintained a presence at the crime scene in Ballynanty this Monday morning. Picture: Adrian Butler

All quiet here this morning in Ballynanty, two garda vans present with the body still inside the house on Shanabooly Rd awaiting state pathologist. Community "in shock" with little known as to what exactly occured here last night. @Limerick_Leader pic.twitter.com/hHkzsf5Ysx

LOCALS in the community of Ballynanty have spoken of their "shock and sadness" at the death of an 11 year-old-boy under suspicious circumstances.

Two garda vehicles remain outside the house where the boy is understood to have died on Sunday. The two-storey terrace house is shadowed by rugby stadium Thomond Park.  The body of the child remains inside as gardai await the arrival of a technical and forensic garda team as well as the State pathologist.

When the Leader visited the community shortly before 9am this Monday, the area was eerily quiet with access to a number of houses on the Shanabooly Road closed off by crime scene tape following the fatal assault of the boy.

Many locals spoke of their shock and saddness at the news which broke late on Sunday evening but were unsure as to what had happened to lead to the young boy's death.

A 27-year-old man arrested last night in relation to the incident is currently being detained in Henry Street garda station as investigations are still underway.

"Shortly after 7pm gardaí discovered a body of a boy at a house in the Ballynanty area of Limerick city. He was pronounced dead at the scene a short time later. Gardaí are investigating all of the circumstances of his death. Following the discovery a man in his late 20s was arrested by investigating gardaí. He is currently detained under Section 4 of the Criminal Justice Act, 1984 at Henry Street garda station," said a garda spokesperson.

"The scene is preserved for a forensic and technical examination and the services of both the Office of the State Pathologist and Garda Technical Bureau have been requested. The investigation is ongoing."