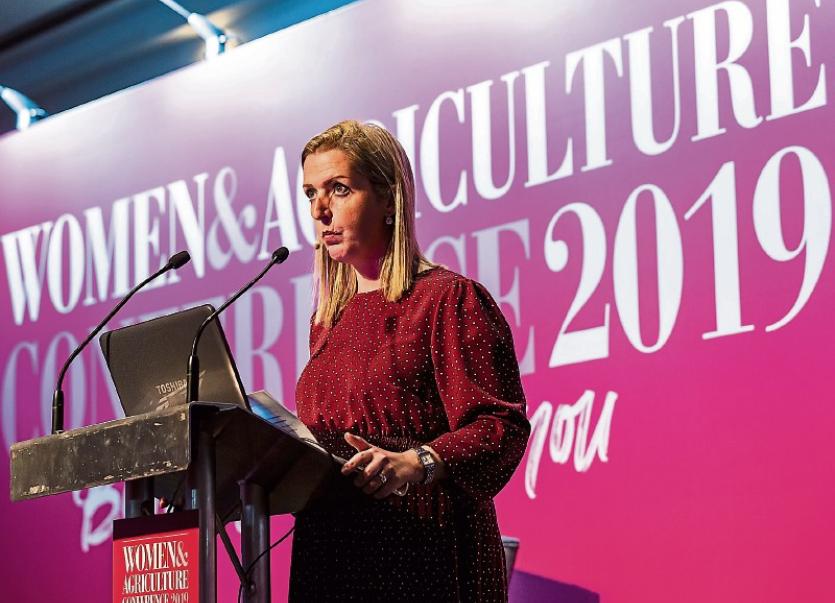 VICKY Phelan, the Limerick woman who fought tirelessly on behalf of other cervical cancer sufferers in light of the cervical cancer scandal, received an apology from An Taosieach Leo Varadkar last week – but her work is just beginning.

"We acknowledge the failure that took place with CervicalCheck," he said.

“Today’s apology is offered to all the people the State let down, and to the families who paid the price for those failings.”

“We apologise to our wives, our daughters, our sisters, our mothers.”

Phelan was among those present in the Dail chamber as Varadkar made his apology.

Speaking at an Irish Farmers Journal Women and Agriculture conference in Sligo last Thursday, Phelan said: “It was an apology that we fought hard for but standing there, surrounded by the 221+ group- the women affected and their families, that made it very real.”

”That really was the moment that meant a lot.”

However, Phelan made it clear that this wouldn’t be the end of her campaign, and her work is just beginning.

For Phelan, Stephen Teap and Lorraine Walsh, they say there is “still a long road ahead to ensure what happened to the women in the 221+ group doesn’t happen again”.

Her campaigning led to the Scally Review, a root and branch investigation into Cervical Check in Ireland, being launched in March 2019 by Minister for Health, Simon Harris.

“The recommendations of the Scally report not only have to be implemented but they need long term longevity….this includes ensuring cervical screening is no longer outsourced and thereby, conducted in Ireland; the establishment of a National Screening Committee; as well as a HSE open disclosure policy,” said Phelan.

“This apology is an important milestone but for it to mean anything, these recommendations need to be fully implemented.”

Phelan’s comments prompted the 600-strong audience in attendance at the Sligo conference to burst into a round of applause, in recognition of her tireless work in shedding light on the greatest Irish healthcare scandal in a generation.

The Annacotty mother-of-two was awarded a €2.1m settlement in April 2018 after taking a High Court case against a United States laboratory, after she wasn’t informed of an incorrect 2011 smear test in until 2017.

Vicky Phelan also discussed the importance of women supporting each other as they uniquely understand each other’s circumstances at the conference.

She  was bestowed with an honourary doctorate from the University of Limerick in June 2018.