REVEALED: Plans for new school for 1,000 pupils in Limerick city 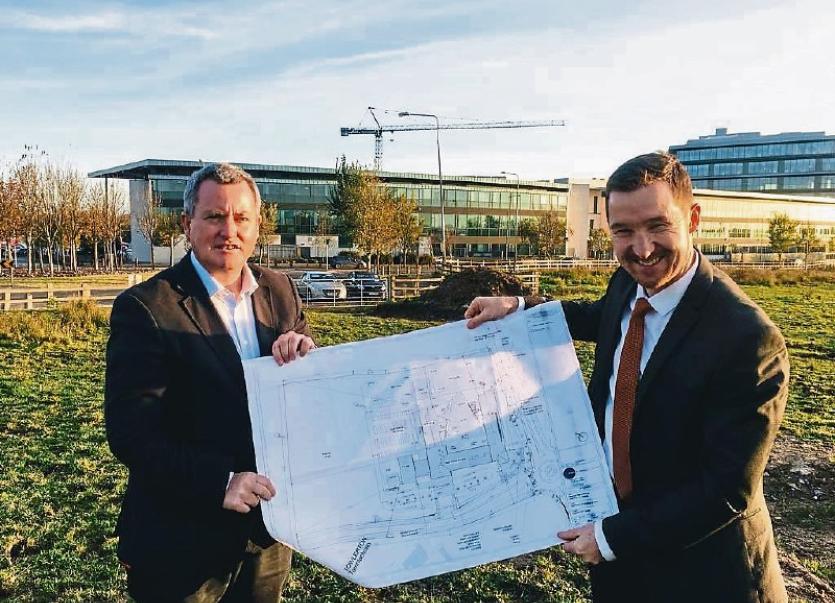 And, in a first for schools in Limerick, gender-neutral toilets will be fitted on each of the complex's three floors.

The Leader can this week exclusively reveal plans for Limerick Educate Together Secondary School's new premises at the Groody Roundabout, Castletroy.

A planning application is to be submitted shortly for the €19m scheme which will deliver 100 jobs, and provide space for 1,000 students by 2024.

Principal Eoin Shinners said it will be "dynamic, bright and colourful" and promised "a fine building".

Currently, the Educate Together school is located in temporary accommodation at the old Salesians Secondary School at the North Circular Road in the city.

But it's expected that by September 2021, its new school will open in the shadow of Northern Trust to serve the Castletroy and Monaleen communities.

Mr Shinners confirmed that eventually up to 100 teaching, special needs assistants and other ancillary posts will be created, as well as dozens of temporary construction positions, as the public project moves forward.

"The planning notice is up on site which is great news. As far as I'm aware, the Department of Education issued the planning documents to Limerick city planners last week. That will be an eight week process all going well. We don't anticipate any concerns or objections to the new build. In the New Year, we'll go out to e-tender, and have a delivery team appointed in March or April. We can then expect ground works to begin any time from then onwards. Then, you'll see significant development in terms of the building itself being erected in early summer," he told the Limerick Leader.

The Educate Together secondary school - the first of its kind in the city - will comprise of a u-shaped building, which at its heart will have a landscaped courtyard with 70 to 80 square metres.

Senator Kieran O'Donnell, who has worked closely with Mr Shinnors to get to this stage, has described it as massive news for Castletroy.

"It's a fantastic news story for Castletroy. It's one I'm very proud of. It's one which will have 1,000 students and it will be in the heart of the community. I was determined the school opened, and we get a new school building on site as quickly as possible. It will be a rapid build on a 14-acre site. I want to complement Eoin and the board and the parents for the fantastic work they do."

"I live in the area and have reared my family here. So I understand the importance of the school. It's come through a rapid incarnation, and it's something that Educate Together and the greater Castletroy/Annacotty area will benefit from. It will be a school which will be a huge and credible addition to the growing population of the communities," Mr O'Donnell said.