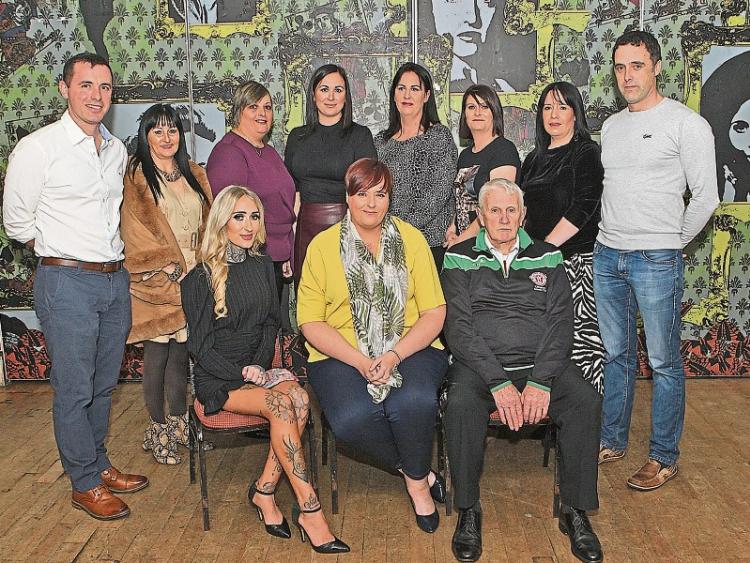 WELL-KNOWN former athlete PJ “Dasher” Cronin was fast out of the traps after being elected the new mayor of Kilmallock.

The day after his inauguration he helped launch the Tidy Towns’ Priory Walk tree plaque in Kilmallock Fire Station.

To celebrate 40 years of Kilmallock Community Council, Tony Dowling, chairman, said they held the mayoral election to mark the anniversary and bring the community closer together.

The three candidates - Zena Scarlet Kiernan, Jennifer Enright and PJ “Dasher” Cronin - have been canvassing for months. It all came down to Saturday night in a packed Bulgaden Castle.

“We are delighted to formally announce PJ "Dasher" Cronin as mayor of Kilmallock. We hope Dasher enjoys his reign over the next three years and we wish him all the very best.

“We would also like to congratulate Zena Scarlet Kiernan and Jennifer Enright on their hugely successful mayoral campaigns. The community council and rescued animals of Animal Magic will benefit from all the funds raised. To the people of Kilmallock who continue to support fundraising events and showing true community spirit - we are very grateful for your continued support and making this mayoral campaign a fantastic success,” said Tony.

Sadly Zena's time has come to an end in the community council.

“A special mention of thanks to Pat Lynch, The Connerys, Bulgaden Castle, Conor, Darragh and Sean Hayes, sponsors of prizes, mayoral committee, John Mortell and everyone who attended on the night,” said Tony.

Dasher was nominated by Kilmallock Athletic Club of which he is the honorary president. He first raced for the club in the late 50s when the club was set up.

Club chairman, Cllr PJ Carey said Dasher has brought great pride to the town and has won many medals through the years.