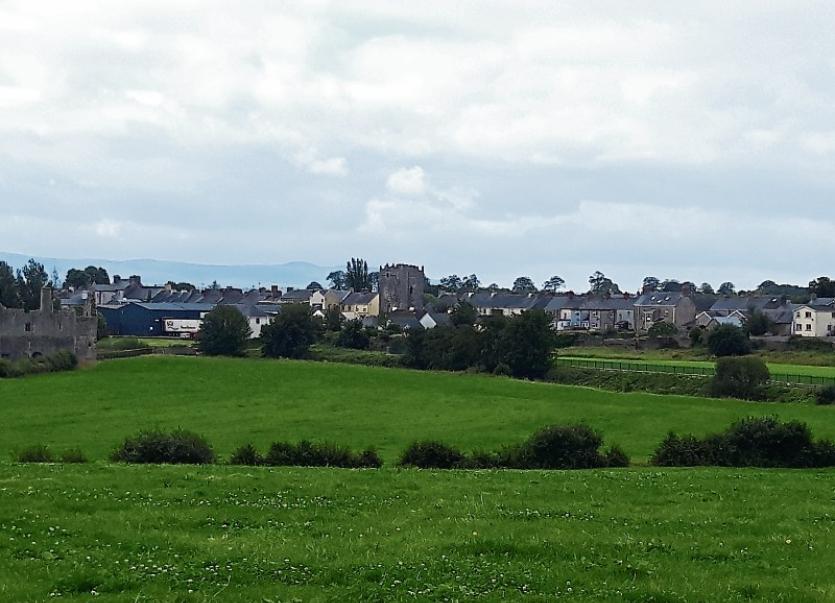 A COUNTY Limerick school can now lodge planning for a GAA pitch beside the best preserved Dominican Priory in Ireland.

Coláiste Iósaef in Kilmallock, which has undergone a multi-million euro extension, does not have a playing pitch.

A special meeting of the Cappamore-Kilmallock municipal district was held last July solely on the contentious issue because it was “too serious”.

Cllr PJ Carey tabled a submission to amend the Kilmallock Local Area Plan 2019-2025. It changed zoning regulations in a “special control area” where the Priory in Kilmallock, which dates back to 1291, is located. It will facilitate the development of a pitch for Coláiste Iósaef.

The original submission to the local area plan came from the Limerick and Clare Education and Training Board (LCETB). It states: “The 3,500 square metre extension of the school has resulted in the loss of open space on the school grounds. The proposed location of the pitch is approximately 56 metres north of the Dominican Priory. Alternatives have been considered and this is the only option that is considered viable for the development of a pitch to serve the school.”

Infrastructure includes goal posts, a ball net and new pedestrian bridge to access the pitch from the school. The LCETB said they will enter into a legal agreement with the council regarding the prohibition of further infrastructure including lighting. In response, the council objected to the change to the local area plan.

“Limerick County Council resisted a previous attempt to develop playing pitches on the east bank of the river in 2011. To develop a GAA pitch in the Priory’s landscape would have a very negative effect on the setting of this unique national monument. It would change the land management regime, which would also effect the setting, changing it from its current peaceful, pastoral setting to a manicured , busy setting.”

At this month’s meeting of the Cappamore-Kilmallock municipal district, Karen Burke, A/Senior executive planner, said there had been 12 submissions on the amendment.

These included the Department of Culture, Heritage Council and local election candidate Trevor McCarthy. They were all against amending the plan and raised concerns on the impact to the Dominican Priory.

Cllr Carey said he agreed with a lot of the concerns. He said it would be great if another location was available but there isn’t.

“The secondary school has been trying for ten years to purchase the proposed field. It is of huge concern, importance and interest to the community. The benefits this playing pitch will give to the hundreds of students every year, I believe, are varied and vital,” Mr Carey has said.

His amendment to the Kilmallock Local Area Plan was seconded by Cllr Ger Mitchell. He said there are “legitimate concerns” but the health of the students must be “to the fore”.

“There isn’t any other land available adjacent to the school,” said Cllr Mitchell.

Cllr Donegan said it is a 700-year-old national monument and any future planning should be “kept to a minimum”. He stressed the fact that there can be no flood lights or dressing rooms.

The Kilmallock Local Area Plan will now include changes to the zoning regulations in a “special control area” where the Priory is situated.

Cllr Carey thanked Ms Burke and Cllr Eddie Ryan for all their help and assistance. Planning permission can now be sought for a GAA pitch.