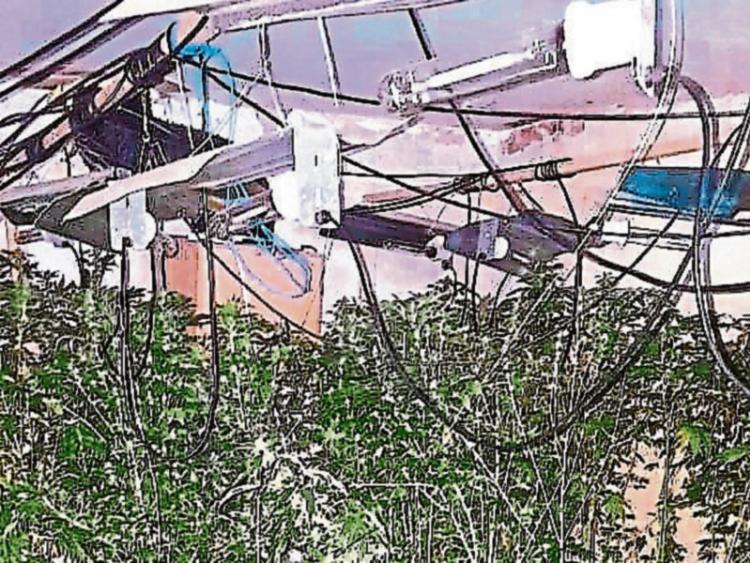 A PART-time farmer who was caught tending to almost 200 cannabis plants at a derelict farmhouse he had rented out has been jailed for three years.

John Caulfield, 61, of Kilknocking, Adare had pleaded guilty to a number of charges relating to a detection by members of the divisional drugs unit on January 25, 2017.

Imposing sentence Judge Tom O’Donnell said he had to impose a custodial sentence following the discovery of what he described as a “large scale high value operation”.

During a sentencing hearing, Detective Garda Declan O’Halloran said the property, around a mile from Adare, was searched after confidential information was received from a “secret and sensitive source”.

He said as gardai approached the farmhouse two men attempted to flee but were apprehended. One of them was Mr Caulfield while the other was identified as Mr X.

The detective said a “fully functional and sophisticated grow house” was discovered inside the house.

A total of 197 mature cannabis plants, with an estimated value of €157,000, were recovered during the operation.

Detective Garda O’Halloran said there was also evidence which suggested another upstairs room has been previously used to grow cannabis plants.

Following his arrest, Mr Caulfield made admissions telling gardai that he had met Mr X a few years previously. He said he had agreed in early 2016 to rent the farmhouse for €200 a month to an individual who was to use it as a storage facility.

The defendant said he only became aware that cannabis was being grown there in late 2016 when an issue arose relating to the payment of rent.

“There was a disagreement between John Caulfield and Mr X,” said John  O’Sullivan BL, prosecuting, who said the defendant claimed he was informed he would be paid from the proceeds of the crop.

While accepting there was an element of duress, Detective Garda O’Halloran said the married father of two adult children was aware of what was going on and assisted in the growing operation.

During interview Mr Caulfield, who is a popular figure in the Adare area, told gardai he was afraid he would be shot if he did not cooperate.

Pat Barriscale BL, said his client had no involvement in setting up the grow house and that it was Mr X who had secured the equipment and adapted the house.

Imposing sentence, Judge O’Donnell said Mr Cauflied “must be deemed an activate participant who was motivated by financial gain”.

However, he said he was satisfied he could “row back” from the mandatory minimum sentence of 10 years’ imprisonment.

The judge refused an application to defer the sentence to allow Mr Caulfield to make arrangements to have around 70 cows milked.