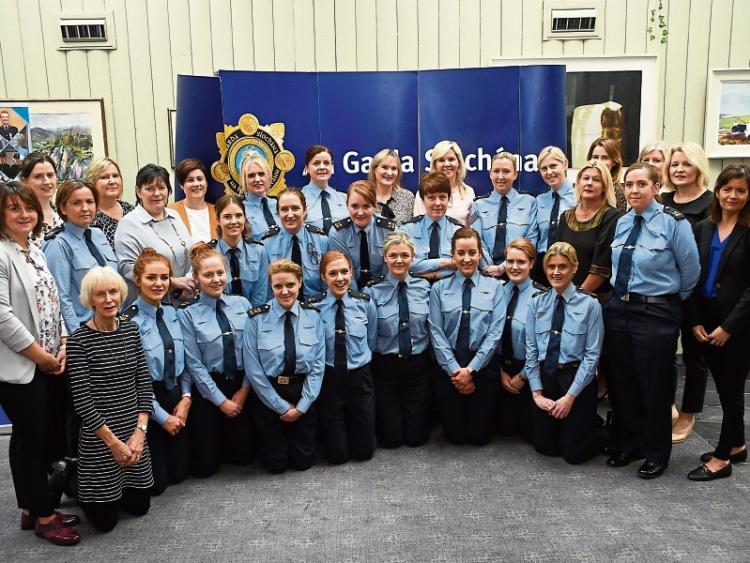 FEMALE gardai from across the Limerick division were among those who attended a commemoration event marking the 60th anniversary of women joining the force, writes David Hurley.

The first female garda in Limerick took up duty at Roxboro Road station in 1964 while there are currently more  than 160 women gardai of various rank up to superintendent level working in the division.

One of those who attended the commemoration event was Noreen Swift from Ballylanders who retired last year following more than 40 years of service.

“I joined in June of 1978 and I think I am the only woman who has served more than 40 years since the acceptance of the women into An Garda Siochana,” said Noreen who began work in Limerick in 1981.

“There was huge change (during my career) but having said that every job has changed over the space of 40 years. Society has changed, culture has changed. An Garda Siochana has changed hugely in that there were very few of us in the force as female members back then whereas nowdays 27% of the force are female,” she added.