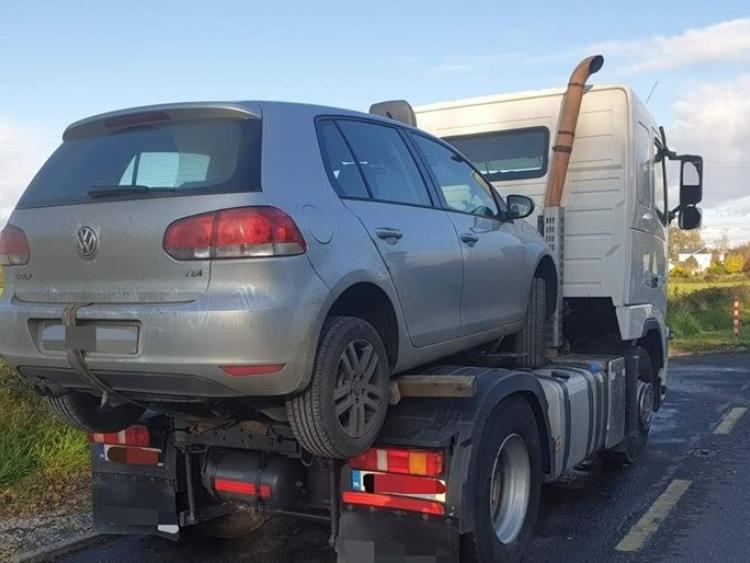 Truck seen in Adare this Saturdayb

A TRUCK driver is to face prosecution for "putting other road users at risk" for failing to secure a car on the back of their truck in County Limerick.

Gardai stopped the driver outside Adare this Saturday evening during busy traffic, An Garda Siochana said on social media.

"The Truck driver had to explain the unsecured load — putting other road users at risk outside Adare this busy Saturday evening. Car unloaded from truck & court to follow for the driver."

In Castletroy, one driver was recorded driving 153kph in a 120kph zone on the M7 motorway with heavy traffic traffic and low sun.

A fixed charge notice was issued to the driver, with three penalty points and a €80 fine.

Meanwhile, on Friday night, three drivers in the city and county were arrested for driving under the influence.

A fourth driver failed breath test, and their car was seized as they had no insurance and their tax was expired for 513 days.