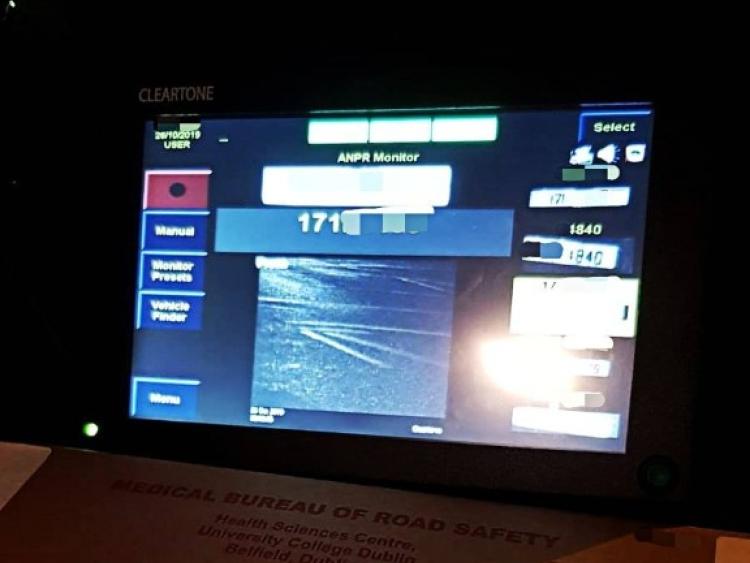 The first driver set off the gardai’s ANPR monitor | Picture: An Garda Siochana/Facebook

LIMERICK city gardai have arrested two drivers who were caught drink- and drug-driving in the early hours of this Saturday morning.

The first driver had both drink and drugs taken, and had set off gardai’s automatic number plate registration, as there was no insurance on the car.

Gardai said on social media that the vehicle was seized.

The second driver in a separate incident tested positive in a roadside oral fluid test for cocaine and cannabis.

"Both arrested, processed & samples will be sent for evidential testing. We are back out on the roads on patrol," gardai said.

This is part of An Garda Siochana's Bank Holiday Weekend road policing initiative.