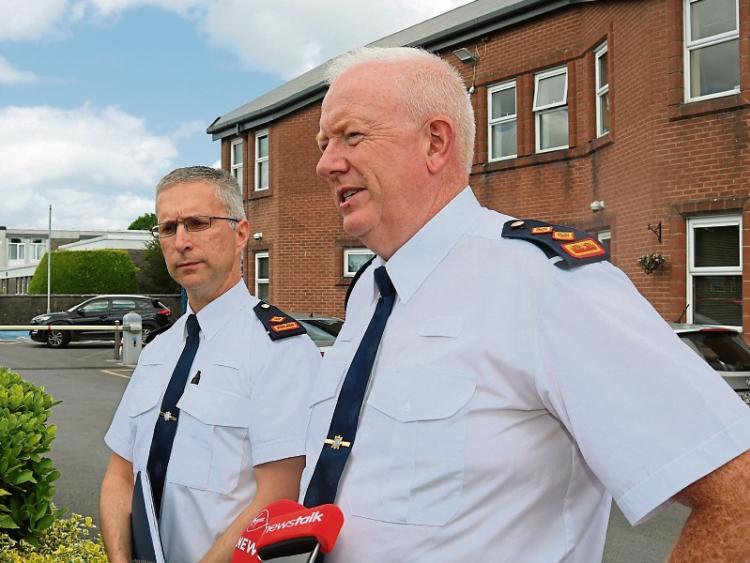 CASTLECONNELL Fright Fest is back this year and guarantees scares but extra gardai will ensure nobody is frightened for real in the village.

At the most recent meeting of the Joint Policing Committee, a question was tabled by new local councillor, Michael Murphy, about anti-social behaviour in the village last Halloween.

Chief Superintendent Gerry Roche said: “Supt Brian Sugrue confirmed that he spoke with Cllr Murphy on October 8 and confirmed that extra resources will be supplied to the playground / car-park area for this Halloween to prevent further escalation of this behaviour.”

Mr Murphy then asked if this meant extra gardai on the ground for the night. Supt Sugrue confirmed it would.

Speaking after the meeting, Cllr Murphy said in excess of 50 teenagers congregated at the Ferry car-park beside the playground last Halloween.

“It was an unannounced gathering. They made a bit of a nuisance of themselves. They were letting off fire works and throwing eggs - things like that,” said Cllr Murphy, who received a number of complaints from local residents.

Read also: WATCH: Limerick TD to be questioned as complaint is received over Dail voting controversy

The newly-elected councillor said the teens were not from the Castleconnell area.

“The feeling was they came from another area. They might have been used to gathering somewhere else but they were moved on from there.

“I’d say parents innocently brought their youngsters together and they got a bit boisterous. If there are a few gardai around on the night this year it should alleviate that,” said Cllr Murphy.

He said over 50 youngsters hung around for a couple of hours: “They disrupted people living locally that would have brought their children out trick or treating. They felt they were a bit intimidated.”

Meanwhile, there is lots of good clean scary fun this weekend taking place in Castleconnell.

There are Halloween shadow puppetry workshop by local lady Emma Fisher on Saturday, October 26 in the ACM Community Centre.

They will make a spooky film that will be shown down by the river during the fifth Castleconnell Fright Fest and the infamous scary trail. This takes place on Sunday evening, October 27. ACM staff and volunteers put on a terrifyingly fun ordeal for attendees.  Everything goes bump in the night! Under 12s must be accompanied by an adult. Tickets available from the ACM office or ringing 061 372750.

For those looking for a more relaxing experience there is a craft fair - featuring the best of handmade goods - on in the Castle Oaks House Hotel on Sunday and Monday, October 27 and 28 from 11am to 5pm. Entry is free.