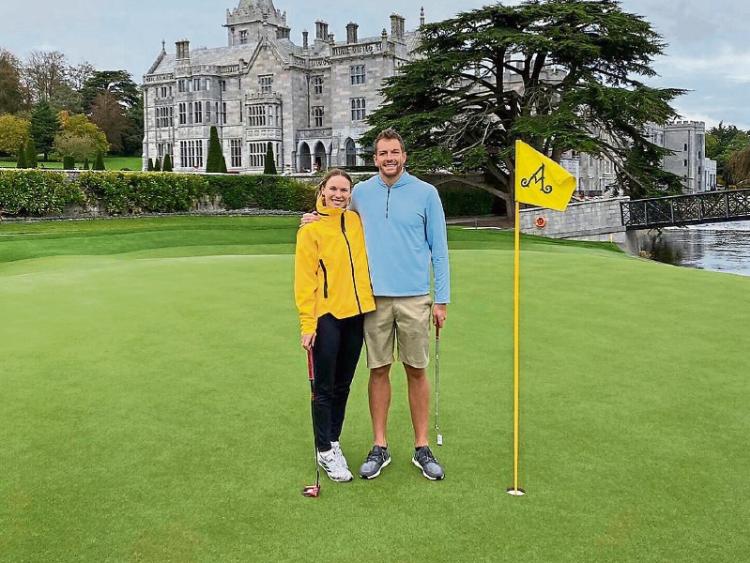 THERE was yet more stardust at Adare Manor this weekend as international tennis champion Caroline Wozniacki played a round on the resort’s golf links.

Caroline swapped the tennis racket for the golf club, with her husband, the former basketball star David Lee.

The former World Number One took to Twitter to write: “Had fun playing the Adare Manor course with my husband! (Or shall I say, I tried, he played )”

For three years, Caroline was in a relationship with top golfer Rory McIlroy, who will take part in the JP McManus Pro-Am event at the venue next summer.

Had fun playing the Adare Manor course with my husband! (Or shall I say, I tried, he played ) @Dlee042 pic.twitter.com/6VYnwSroCS

Since Adare Manor re-opened following a multi-million euro overhaul, a galaxy of stars have descended on the venue.

Film star Mark Wahlberg played a round there, while former England rugby star Will Greenwood teamed up with Paul O’Connell for a game.