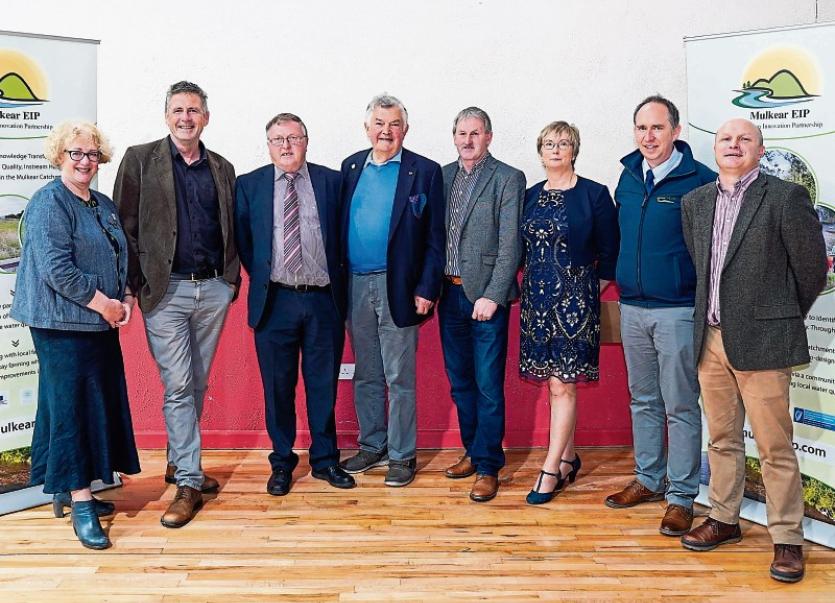 WHEN JOHN Dillon, David Thompson and Ruairí Ó Conchúir are involved in a major million euro project you know it is in safe hands.

The official launch of the Mulkear European Innovation Partnership (EIP) took place on Monday morning in a packed Oola community hall. Mayor Michael Sheahan and IFA deputy president Richard Kennedy were two of many noted guests. But it was the large attendance of local farmers, who are at the heart of the project, that was the most gratifying for organisers.

The Mulkear EIP aims to deliver a catchment sensitive approach to farming in a catchment ‘at risk’, by working with farmers and project partners to bring about improvements in water quality, riparian management and instream habitat.

Read also: Feathered friends in need of families in Limerick

Gerard O'Dwyer, Pallasgreen farmer and Dairygold board member, outlined the local farming perspective and the importance of the work of the Mulkear EIP. He noted the significance of good water quality from a herd health perspective. From a Dairygold point of view, Mr O’Dwyer highlighted the tradition of producing highest quality milk from grass fed cows on family farms in the locality.

He noted, however, that “sustainability is also concerned with social, environmental and economic aspects”. He demonstrated that the Mulkear is not an easy area to farm and said his land is subjected to frequent flooding due to breaches in river embankments. Mr O’Dwyer encouraged all farmers to get involved and support the work of the Mulkear EIP.

“The role of the farmer was to nurture the farming landscape and hand it over to the next generation in better condition than when they received it,” said Mr O’Dwyer.

Mulkear EIP manager, Ruairí Ó Conchúir, outlined that this five year project (2019 to 2023) has a total budget of €1,172,830 and that it was an entirely voluntary programme. He noted that it offers an opportunity to local farmers to deliver a partnership approach focused on enhancing water quality and sustainable water management on their farms, via a suite of catchment sensitive farming measures to support farm viability, water quality and biodiversity. Participation in the Mulkear EIP is based on an expression of interest form received from farmers wishing to participate in the project which is available from the project office. Every farmer wishing to be involved is assessed based on a farmer developed selection criteria. Funding and technical support will be made available to participating farmers.