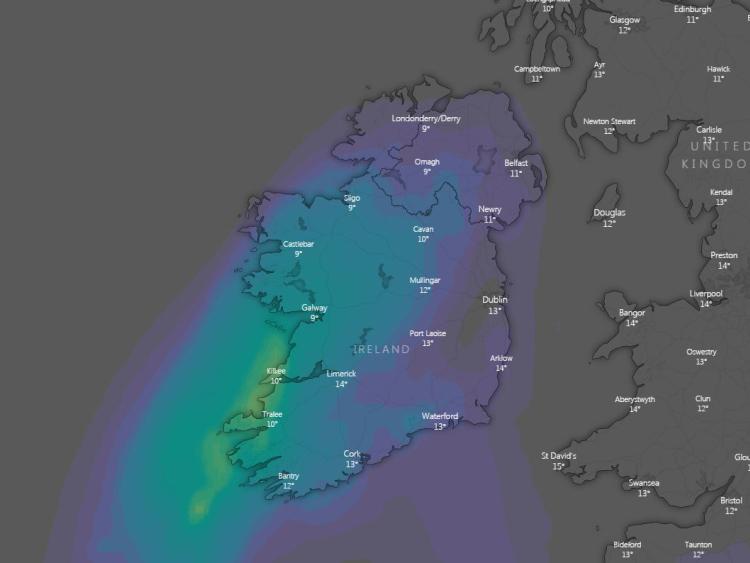 LIMERICK is certainly in for a wet one this Monday, with constant, steady rainfall expected until later in the evening following Met Eireann issuing a Status Yellow rainfall warning from 6pm yesterday to midnight tonight.

Limerick's downpour began in the early hours of this morning, and is set to peak at 1pm and 5pm - resulting in approximately 2.5cm of rainfall before midnight.

Met Eireann has stated that the heaviest rainfall will be in west Munster, with the warning also being issued to Connacht, Carlow, Kilkenny, Laois, Longford, Wexford, Offaly and Westmeath.

Persistent rain leads to the potential for localised flooding, while there is also a risk of some thunder.

The highest temperatures will average at 12 to 14 degrees and winds will be mostly light to moderate and variable in direction.