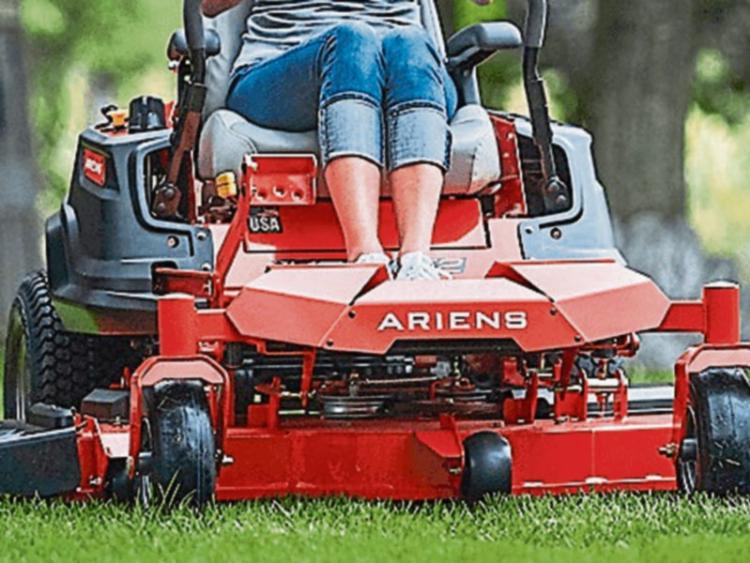 Enjoying that fancy lawnmower? Did you need to add to your debt mountain to get it? Probably not

I met a couple last week who were looking for financial advice, and like many others, they always had to keep a close eye on their account as every month drew to a close, because funds invariably would run dangerously low.

They earned very good incomes so why was this the case and where was the blockage?

For two well educated people, I was surprised they couldn’t figure it out for themselves, surely it was fairly obvious. Apparently not, but we’ll come to that in a moment.

Fortunately, I asked them to complete a monthly outgoings tracking exercise, and this proved insightful, as it helped me identify the problem area.

The reason why they had no money left over each month was down to a lawnmower. Well, a lawnmower was part of the problem, the other was an Audi and a VW jeep.

When I looked at what they spent their money on each month, every category and the amount they spent in each, were within a range I thought was acceptable.

That was until I looked at the amount, they were spending each month on loan repayments.

It was accounting for 21% of their net monthly income, which was very high and twice the maximum I would recommend anyone spend in this category. Two of the loans were for cars.

Read also: 'I'm single and expecting, what support am I entitled to?' - Liam Croke lets you know

They weren’t loans at all, really they were PCP contracts; so in two years’ time, they had to either give back the cars, come up with c. €60,000 or use them to buy another car using PCP. It’s likely they’ll have to choose the later, and will get suckered into PCP type contracts for perpetuity. Shockingly, they borrowed 69% of their annual income to purchase two cars.

Had they used the 20-4-10 rule as a guide to how much they should borrow, which importantly is designed to protect people from taking on debt they can’t afford, it would have shown that the maximum amount they should spend purchasing cars would have been 31% of their combined annual income, not 69%.

So, the blockage was self-inflicted and if you wanted to put a number on it, it was €536 i.e. the difference between what they were and should have been paying. I believe their problems began about three years ago, when his salary started to increase.

I see this happen all the time, when someone’s annual income reaches a certain figure, they think it gives them the right to go out and borrow big, just because their new income can meet the repayments.

They ignore the opportunities their new income is giving them. Incredibly some choose to get into bigger debt than they were in before, rather than using it towards reducing existing debt or increasing savings.

As bad as over borrowing on the cars was for that couple, worse was to come.

In front of me was a loan secured from a company called Vendor Finance, with €5,000 owing and monthly repayments of €136. The purpose of the loan? A lawnmower.

I looked at their savings, and the amount they had at their disposal was €7,500. So, based on their current net monthly income they were 32 days from running out of money, if anything happened to their salaries. Thirty-two days!

When I told them that, I could see the blood drain from their faces. Because, up until then, nobody ever told them that. They were only ever told, they could borrow as much money as they wanted to. Enjoy life, you deserve it. Get yourselves nice cars, everything will always be fine.

It probably was, at one time, but choosing the easy and quick option of borrowing money for things they probably didn’t need, was now putting their finances under serious strain.

The result was that, over a relatively short period of time, they voluntarily increased their outgoings so they became greater than, or equal to, their income.

And I thought, why on earth would you allow or want that to happen to?

Shockingly they saved eight hours of their income each month, but six hours of it was going towards a lawnmower loan and 50 hours towards car loan repayments

The lesson is: If you want to make progress with your finances, you should look at increasing the gap between your income and outgoings, and investing the difference, not narrowing it or eliminating it altogether.