Limerick village's community activism to be showcased on RTE 1 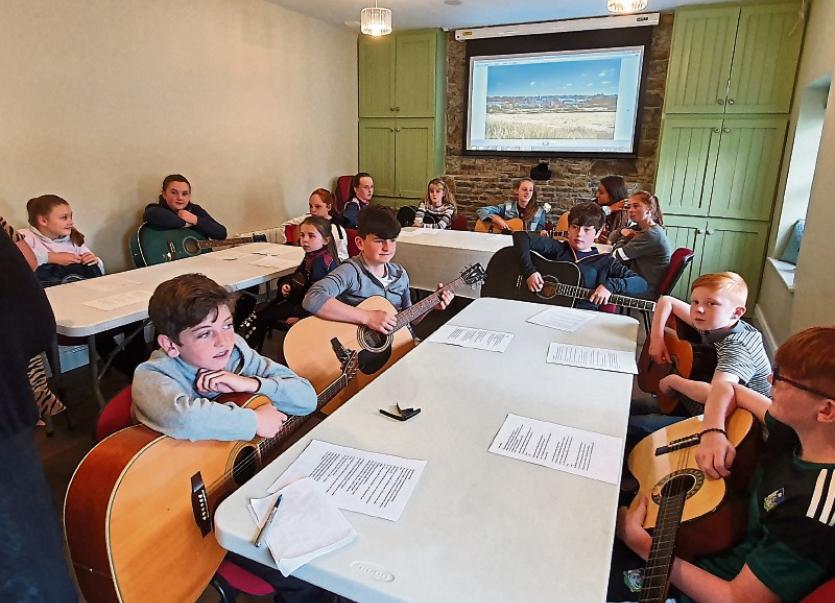 These young musicians are set to feature on Nationwide

ATHEA will get its 15 minutes of fame this Friday  when RTE’s Nationwide programme showcases community activism at work in the village.

The programme could not have come at a better time for this hillside village which has seen its share of blows over the years but has met them with resilience, and a large dose of volunteerism.

That was seen at its finest last Sunday when over 700 men, women and children turned out in candy striped outfits for a Ronald McDonald House fundraiser that has so far raised over €22,000.

But it was the build-up to the event, with its painted cars and houses and sense of fun, that made it a truly stand-out event.

The programme also comes in the aftermath of Athea’s jump in marks in this year’s Tidy Towns competition and its joint-second placing this week in the Champions League in Going for Gold.

Earlier this year also, Athea marked its stamp on the nation when a postage stamp depicting the Carnegie Library in Athea was launched to mark the centenary of philanthropist Andrew Carnegie’s death. The library has been restored by the community and is now a hub for meetings and  weekly music lessons.

Before filming for Nationwide took place several weeks ago,, there was a great buzz about the village with people out brushing, washing, painting, planting, and all ensuring Athea would look its best for the cameras.

New residents, Jim and Liz Dunn who moved from the UK to settle in Athea  were quizzed about their move. The Carnegie Library, the GAA; the story of Athea’s famous giant and a quick scene from the Drama Group’s latest production were all showcased, along with the Athea Cycling Club, the soccer club and the Tidy Towns. There was a rendition  'The Green Hills 'round Athea' and some of Athea’s senior citizens John O' Connell and Hannah Scanlon were filmed.

Whether or not all these people and events get screened remains to be seen. But watch it. It will lift your heart. Nationwide is on RTE 1 this Friday at 7pm.