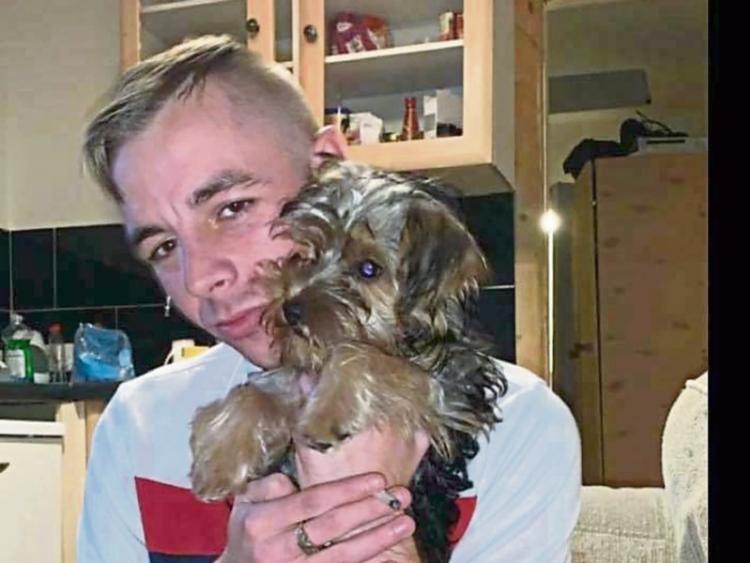 The late Jonathan Healy's mother spent five hours at the bedside of a burns victim believing it was her son. It was in fact another victim of the same crash

THE mother of a man who was killed in a tragic car crash spent five hours praying at the bedside of another person injured in the accident, having been told it was her son.

Jackie Taylor only realised it wasn't her son, Johnathan Healy, after measuring her own shoes to the injured victim and discovering that they were far too small.

Jonathan, from Kileely, aged 24 years, was one of two people tragically killed in the single-vehicle collision in Parteen, on the outskirts of Limerick city on September 26. Patrick Hogan, 30, was also killed in the incident.

Jonathan’s mother, and the rest of the family, are now demanding answers as to how a 12-year-old boy was misidentified as being her 24-year-old son.

Kayleigh Yeoman, a close family friend of Jackie’s, described to the Limerick Leader how the horrible ordeal had unfolded for Jackie and her family.

“At about five o’clock in the morning, Jackie got a knock on the door. They (the gardai) said to her, ‘are you Jonathan Healy’s Mom, look there has been an accident, we can’t tell you much but you need to get to the hospital’.

After arriving at the hospital, Jackie was told that her son had been moved to Dublin due to the nature of his injuries. The family then traveled to Dublin to be by Jonathan’s bedside.

“When they got to Dublin, they saw him but he was covered in bandages and thermal blankets and his eyes were closed. After a while they went into the family room to wait. Then Jackie and Jonathan’s sister Natasha went into him and the bandages had come loose. His mom said to me that she just got this feeling and she said ‘that’s not my son.’

“She had a brainwave to lift up and check the size of his foot using one of her own shoes. Jackie is only a size six and the foot of the child she was holding was only a size six, and she knew then for sure, that it wasn’t her son,” said Kayleigh.

Now the family are demanding answers as to how their 24-year-old son was misidentified as a 12-year-old boy, who was another victim of the crash, Jason Hogan.

“For five hours, she had been praying for, and praying to, this poor boy who she thought was Jonathan. And all the time she had been praying, Jonathan was less than a kilometre away from the family home, at the scene of the crash, as one of the victims. You also have to think about that poor woman who thought her son was dead.

“The doctors had come in and confirmed Jonathan’s details, the gardai had confirmed Jonathan’s details, they had all confirmed that it was 100% Jonathan. How the doctors mistook a 12-year-old boy, for a 24-year-old who is over six-foot-tall with size 12 feet is beyond me. I know the burns were extensive but they could have taken measurements, there are loads of things they could have done to stop this.

“It’s bad enough that she has lost her firstborn son. She is devastated. She is not sleeping, she is not eating, she is absolutely shell shocked as anyone would be. But on top of that, she is so frustrated and angry that she can not get answers from anyone as to why she was put through that extra torture.

“They are being told by the gardai, it is the hospital's fault. They are being told by the hospital, it’s the gardai’s fault. They just want someone to put their hands up, take responsibility and say I’m sorry I made a mistake. But nobody is. Everyone is just passing the buck. They haven’t come to the house and sat with the family and said they are sorry the mistake was made.”

A spokesperson from the UL Hospitals Group said:

“This was a deeply traumatic event for everybody concerned and UL Hospitals Group extends its sympathies to the families of the deceased.

“For reasons of patient confidentiality, UL Hospitals Group does not disclose patient information to third parties. In general terms, the main focus of hospital staff following a serious accident is the provision of life-saving emergency treatment. Staff may also assist An Garda Siochana and family members in identifying persons injured in road traffic accidents. It would be inappropriate to comment further at this time.”

According to Kayleigh, Jonathan was finally identified by a DNA test that matched with his father.

As well as the 12-year-old Jason Hogan,  20-year-old Adam Carver was also injured in the crash and is being treated in hospital.