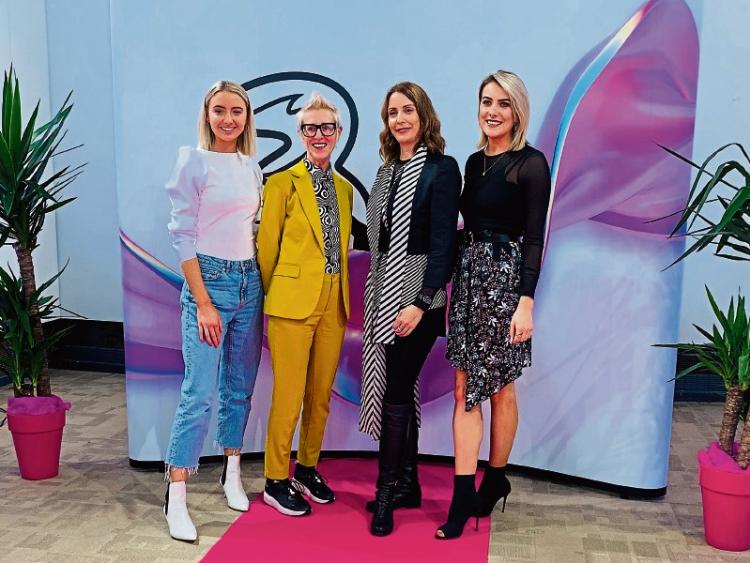 ON Tuesday last I had the privilege of being involved in an inspiring event at Limerick School of Art and Design. Three Ireland partnered with the LSAD to giving their second year fashion students a brief to re-design the 3Arena MC uniforms.

LSAD students were given the brief to create a standout uniform for Three’s 3MC’s. These are brand ambassadors that represent Three Ireland at festivals, matches and in the 3 arena all year round. The young designers were tasked with creating a uniform that was inspired by the essence of the Three brand and the human connections forged through their Made by Music collaborations.

The second year students were given the creative freedom to interpret their guidelines and design and create the uniform in their own unique way. In pairs/ trios 21 students created and produced professional catwalk style uniforms, and pitched their designs to a panel of judges on the night. Each and every design was exceptionally thought out and innovative along with top class workmanship on the garments.

I was honoured to be part of the judging panel alongside Anne Mellin, Fashion Course Director at LSAD, Elaine Carey, Chief Commercial Officer, Three Ireland and Limerick’s own up and coming fashion designer Aoife McNamara.

Paula Antal and Kate Bourke were crowned winners with their futuristic design. The girls created a hot pink hooded coat with removable sleeves to be worn over a teal jumpsuit!

The uniform also included and printed designs and smart Three branding. The uniform is multifunctional and suitable to all weather types. The ladies will go on to team up with Three and modify their catwalk design to create 3Arena MC uniforms for the 2020/2021 season.

Poppy McNish Tivnan and Karen Smith were awarded second place for their design, while Sarah Fitzgerald and Deana Kelly Morrissey placed in third. There was also a special innovation award on the night for Aisling Cahill and Hannah Clifford’s design which featured a built in GPS tracker and UV lights.

All of the designs are currently on display in LSAD. Congratulations to all involved!

The annual Irish radio Awards which are sponsored by IMRO and BAI, took place on Friday evening, October 4, at the Lyrath Estate Hotel Kilkenny. The IMRO Radio Awards celebrate the best in Irish radio broadcasting and recognise those who have made contributions over the year.

Communicorp Media was the most successful radio group at the 2019 IMRO Radio Awards, taking home a total of sixteen gold awards. My talented colleague, Spin South West’s Kayte O’Malley scooped a bronze award in the Best Newcomer category, while Godknows Jones represented the station in the specialist Music Broadcaster of the year.

Shine a light on the River – October 10

Help light up the river this Thursday using phones or torches while a procession of specially illuminated boats make their way up the River Shannon at dusk. Join the event on Thomond, Sarsfield and Shannon bridges from 6pm.

Niall Horan- ‘Nice to meet ya’

Moving away from the folk-y tones that were apparent in his debut album Flicker, Niall Horan is back with his newest single Nice To Meet Ya. And this one absolutely drips with swagger.

Ireland's final Pool A match will be against Samoa in Fukuoka on Saturday October 12. Kick-off is at 11.45am, watch live on RTÉ2 - if the typhoon doesn't intervene that is!